Strolling through the spice market in Delhi offered an introduction to the bright colors of India as well as the exotic smells and street scenes. 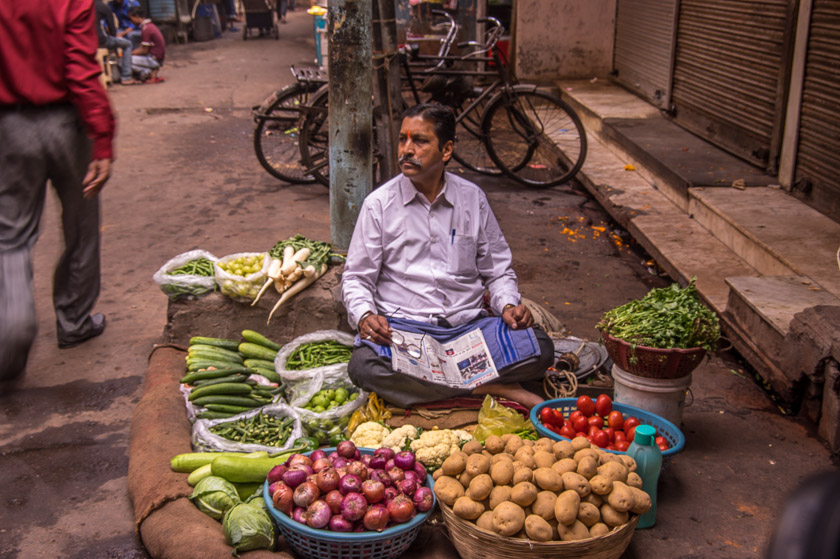 Because this was at the end of the annual Indian festival Diwali there was a significant amount of pollution in the air. Perhaps that is why this guy has his nose covered. The taxi driver who transported me from the airport to my hotel said the smog was caused by fireworks – evidently there is no one central fireworks display but individual people all over the country set off fireworks. However, we learned that the smog was also a result of farmers in nearby farms burning fields and the emission of fumes from factories. This event made international news. 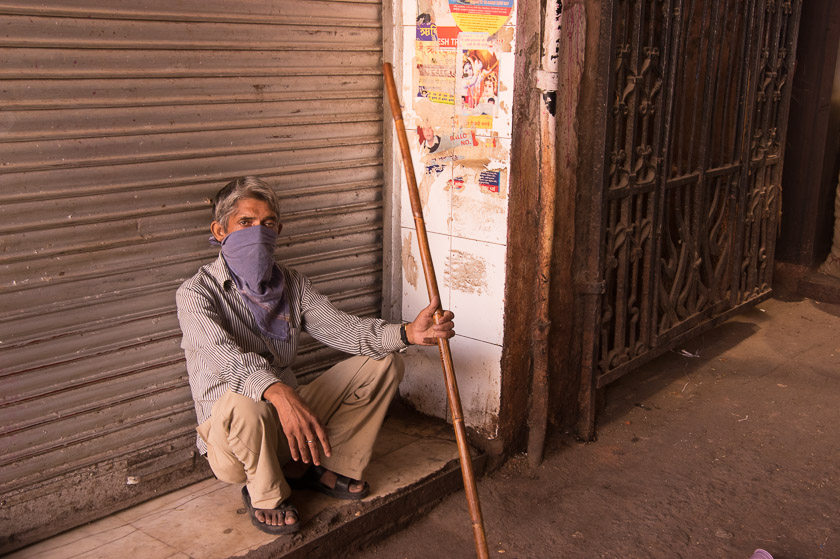 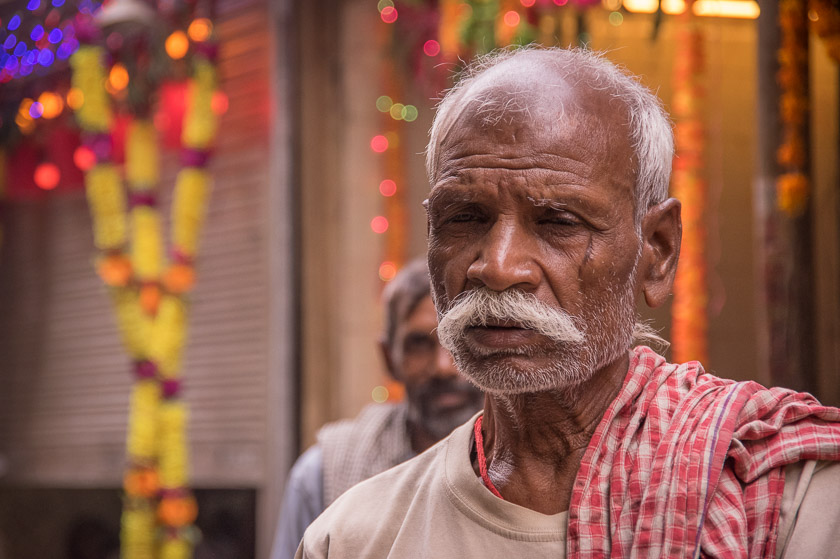 I watched this guy in his shop first pour water from the bottle onto his cell phone and then wipe it dry with the black and white cloth. I know some phone ads say you can drop them in water but I did not imagine that anyone actually did that on purpose. 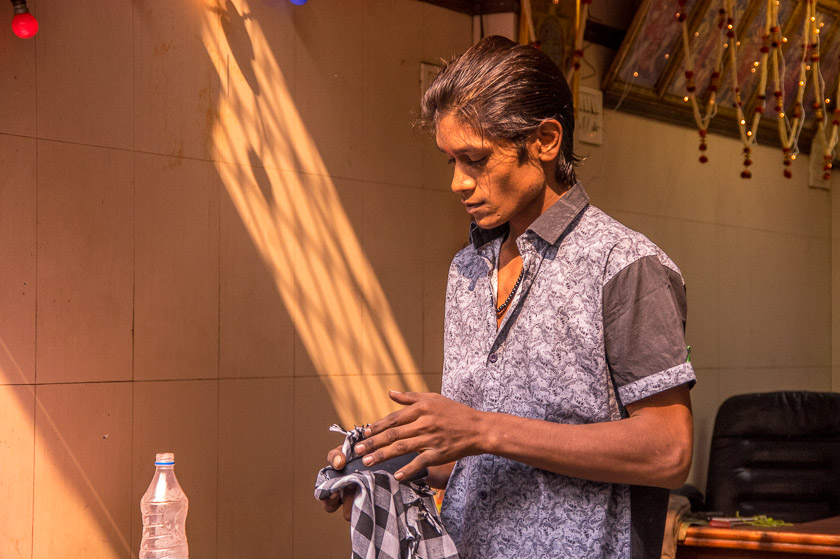 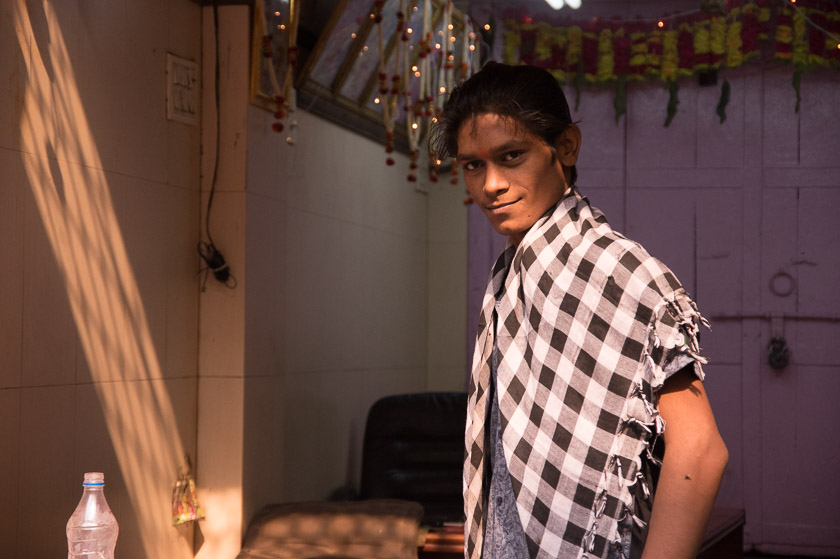 It was very common to see both men and women (and children) color their hair with henna giving it that red-orange tone. 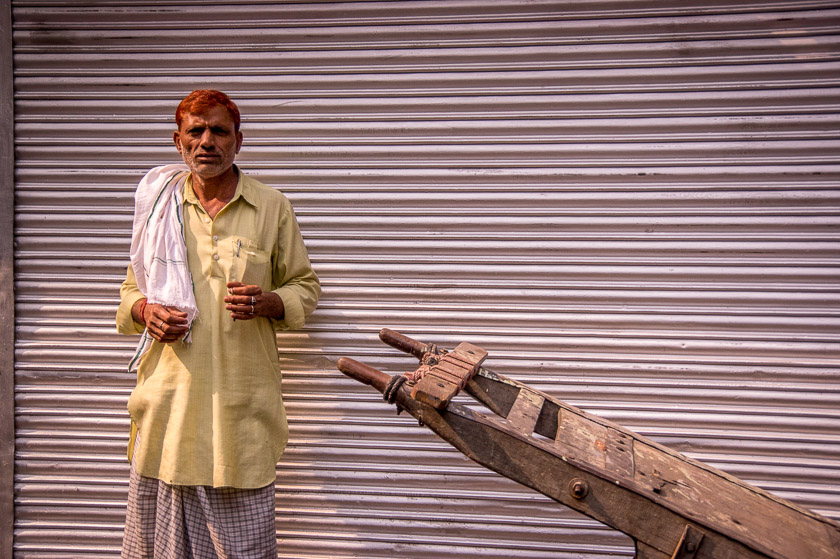 Just about everyone has a cell phone. 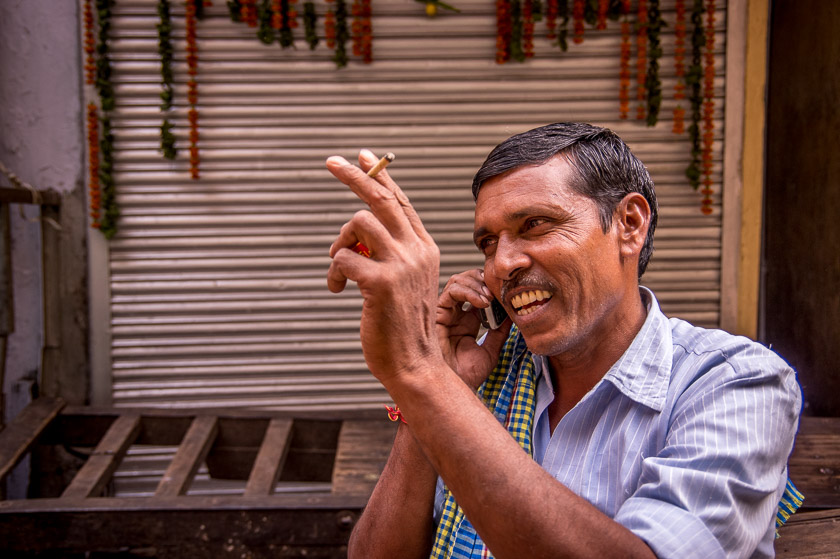 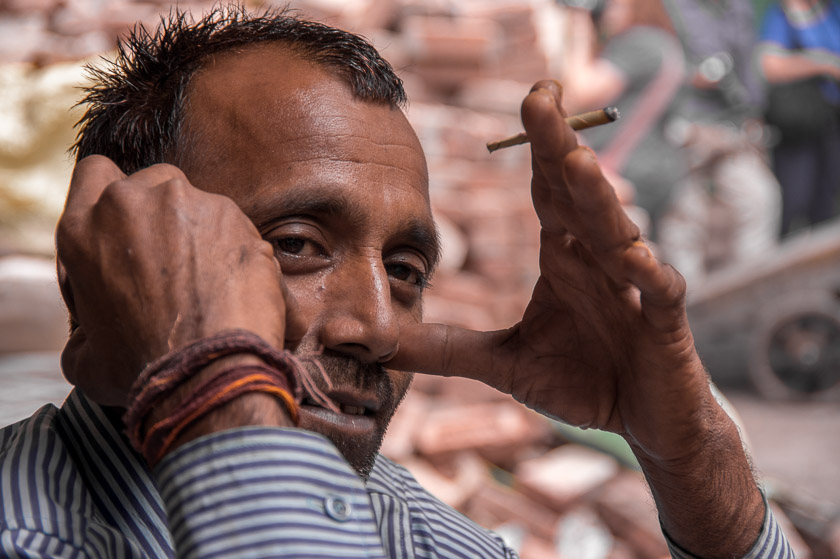 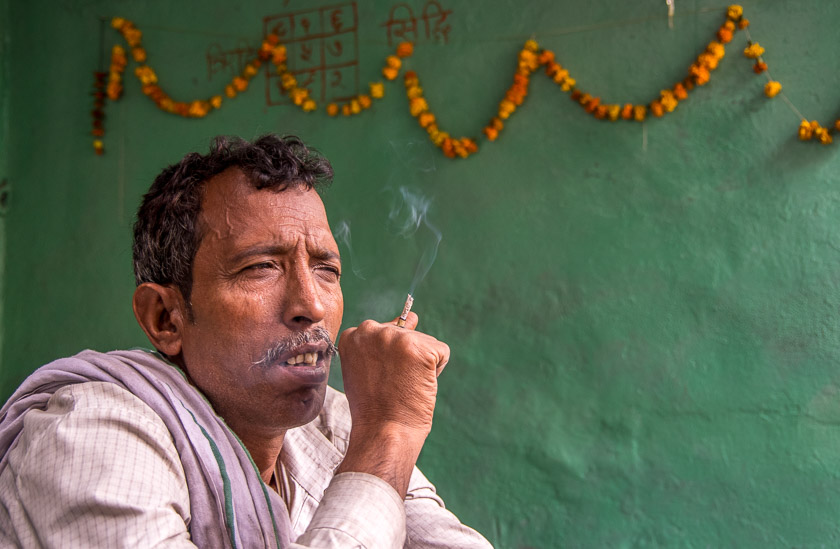 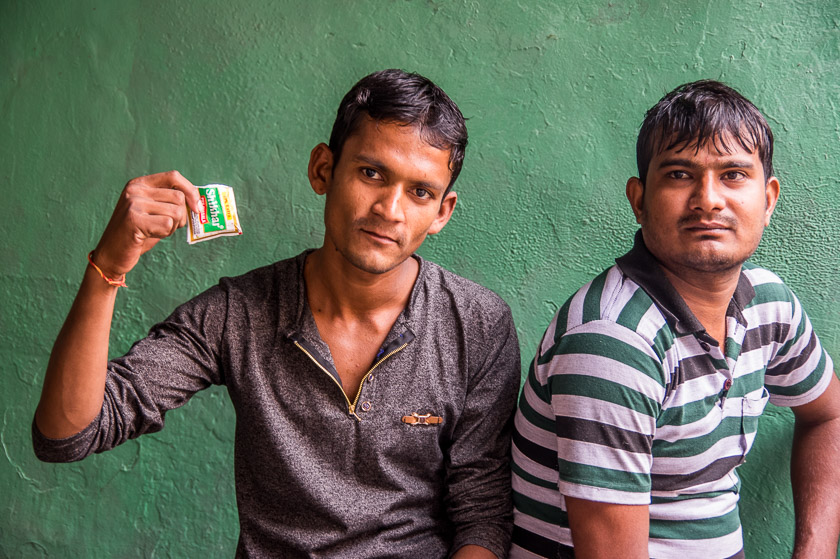 We saw lots of loading and unloading of grains and rice in the spice market. 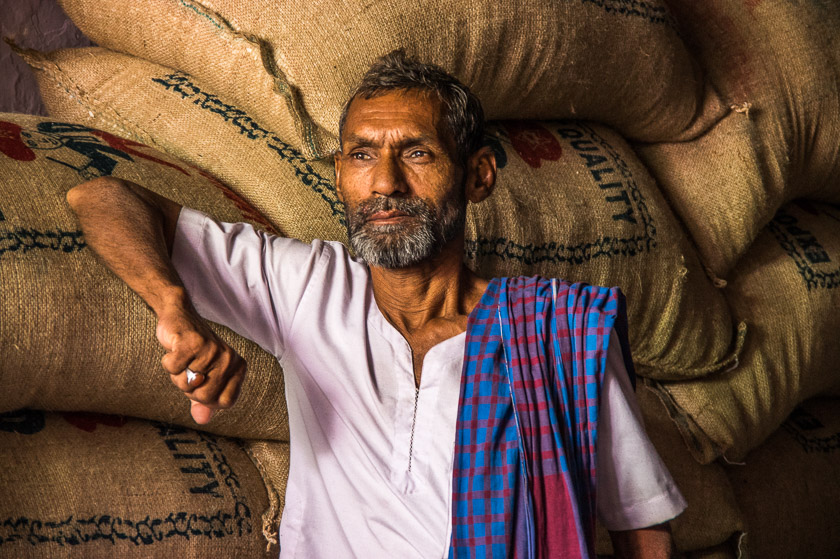 This lady kept her money in a special place!

I found it interesting that before our trip I read about the customs and appropriate dress in India and learned that women should be sure they do not wear shorts or wear shirts that do not cover the shoulders. It seemed that Indian people followed these customs. However, I did see lots of midriffs that were uncovered (and rather unsightly). 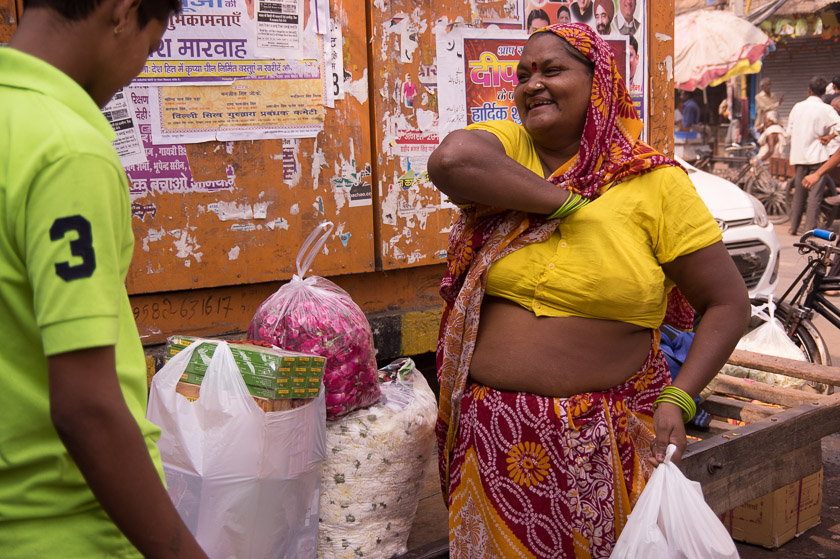 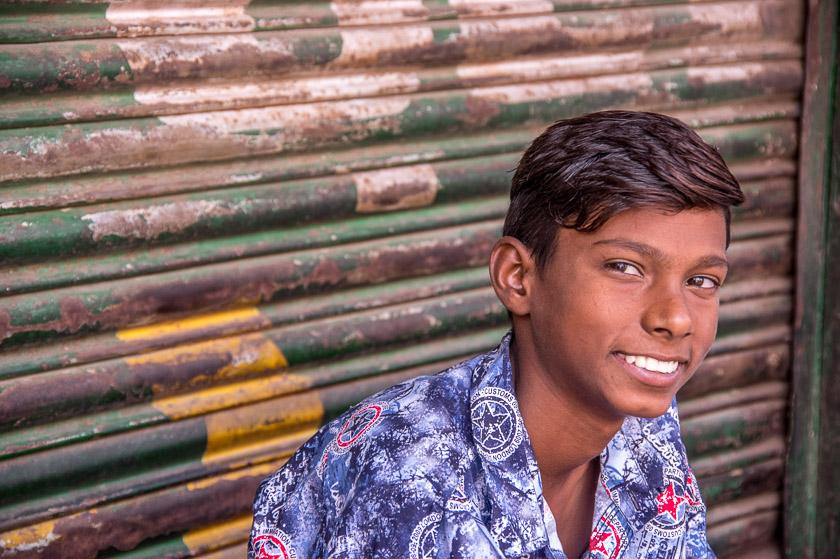 This sweet man reached out to hand me this flower. I was taken by the gesture, his smile, and the look of his obviously infected fingers. 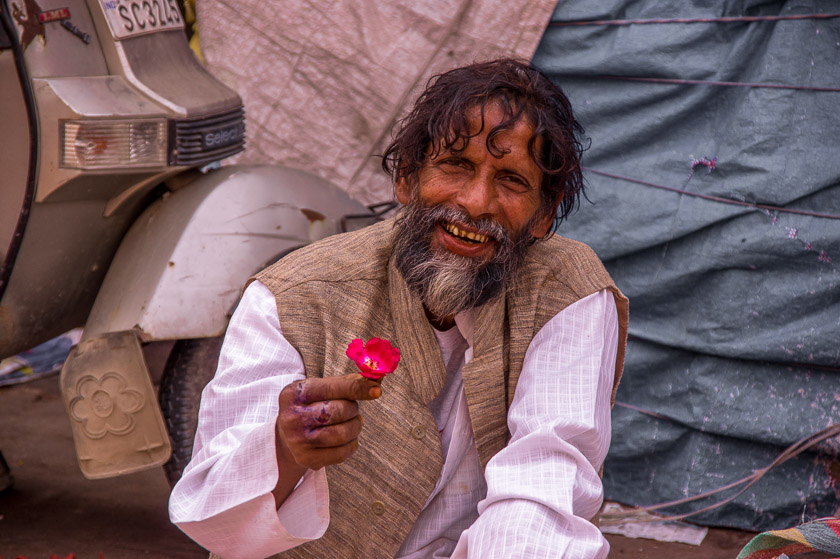 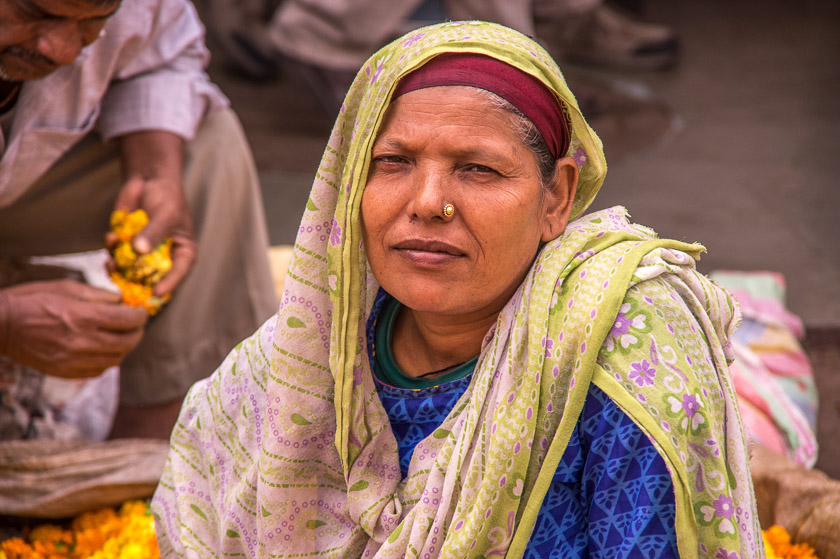 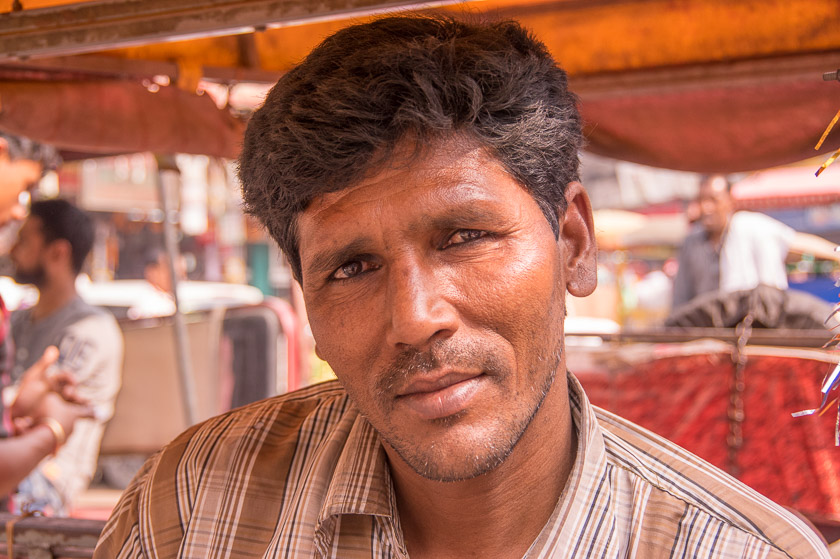 Finally, these friends really wanted their photo taken. I guess the guy on the left was holding up his obviously intoxicated friend. 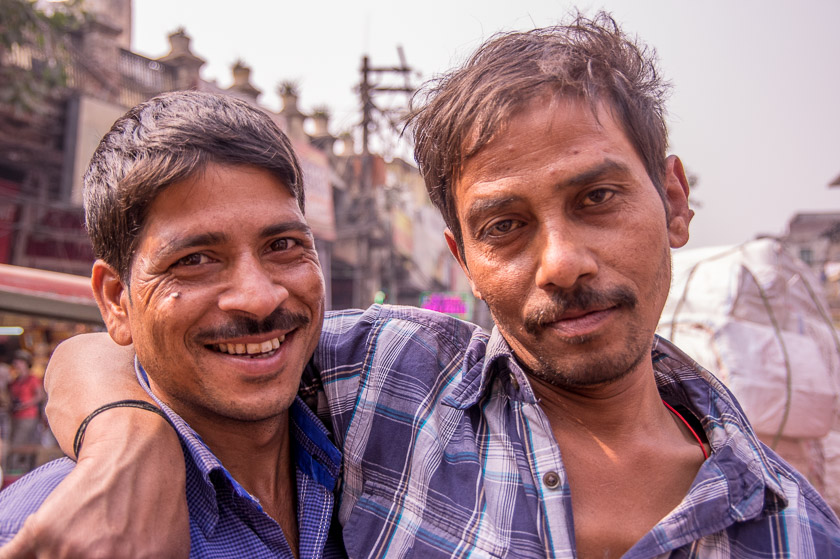