New Hope Cambodia (see other post) sponsors many of the families from this poor village. Many of the children attend the New Hope School. When I asked one little boy, who spoke English quite well, why he did not go to school that day, he told me that his older brother’s bike broke so he had no way to get to school. 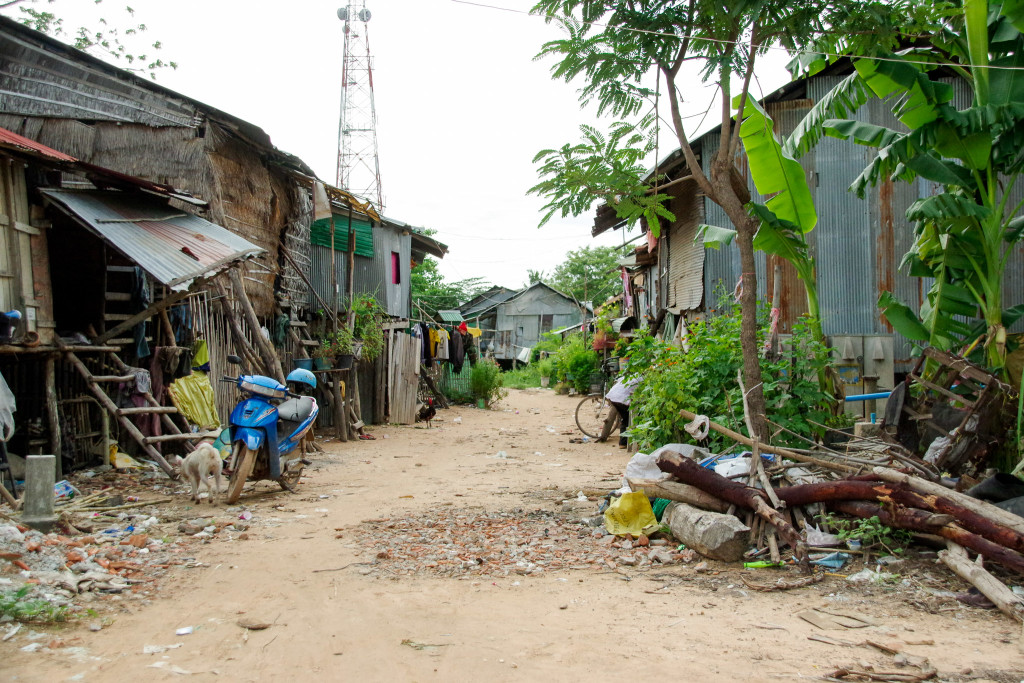 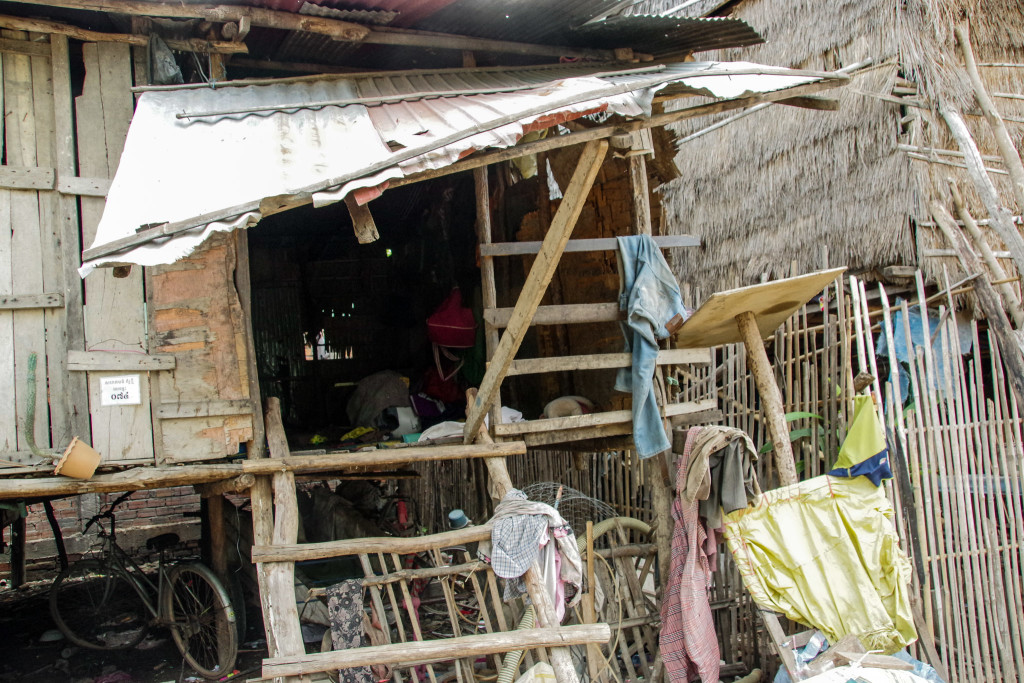 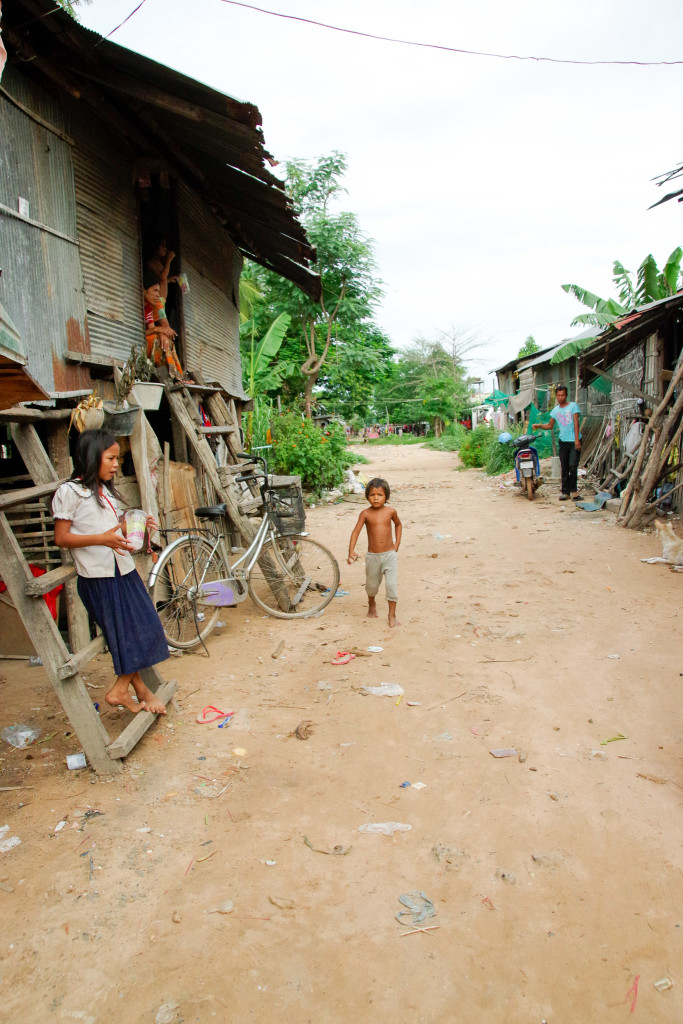 As we approached the people in the village, we saw that someone had tied a string around this crab’s leg so it could be a toy for a child. 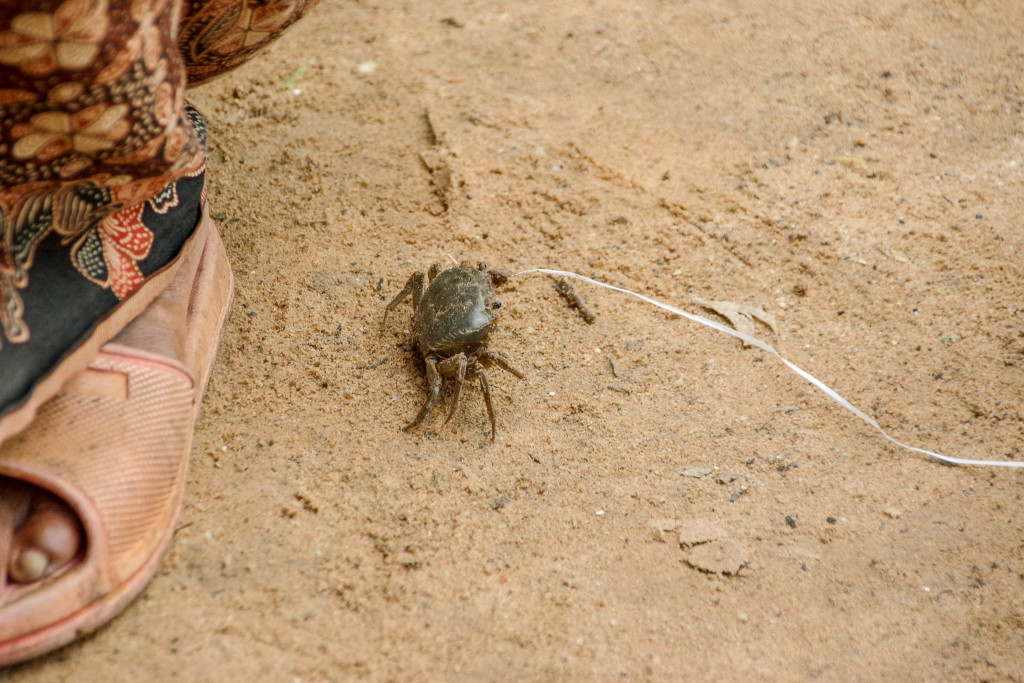 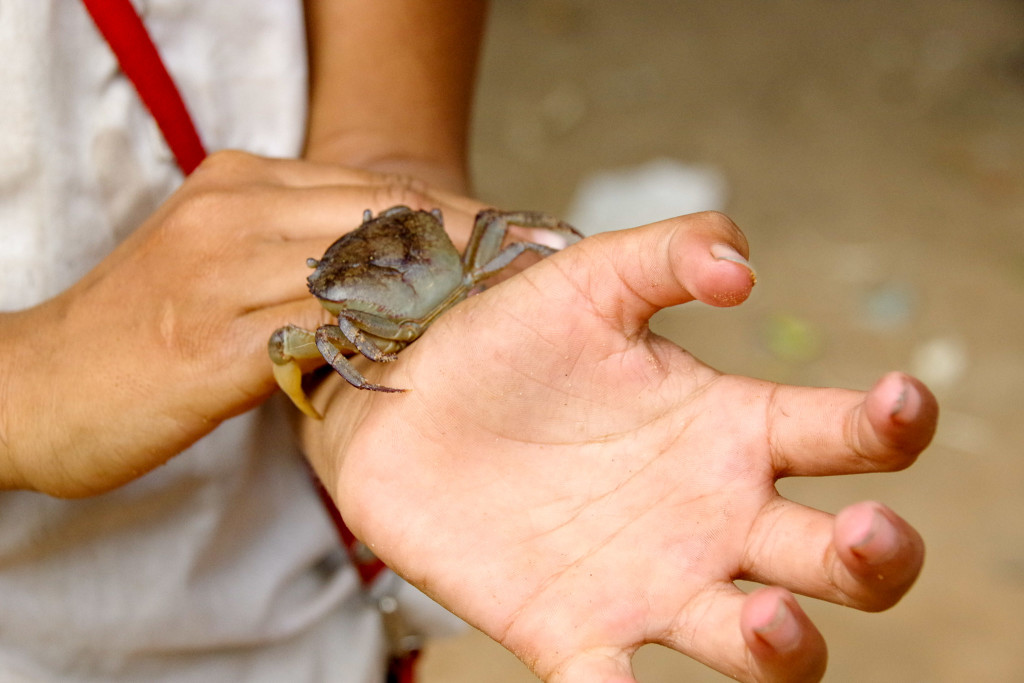 We then saw this child with a real toy. One of the few toys we saw in all of Cambodia. 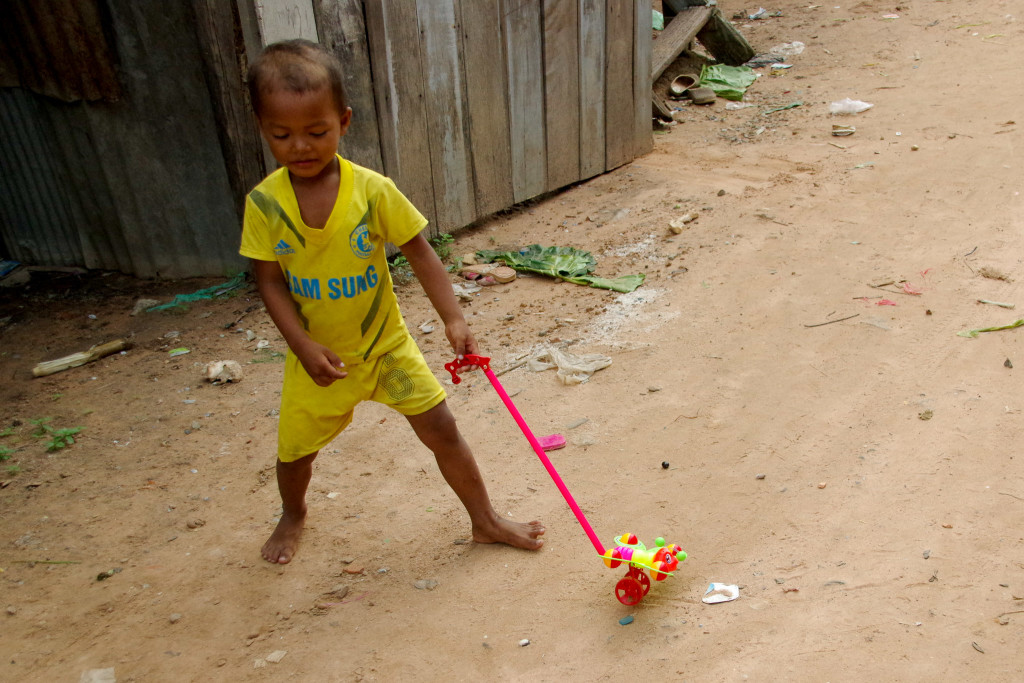 Here we talked with some children who showed us the new puppies that had recently been born. I am sure there is no such thing as dog food there. Dogs must have to just fend for themselves and find food from garbage. 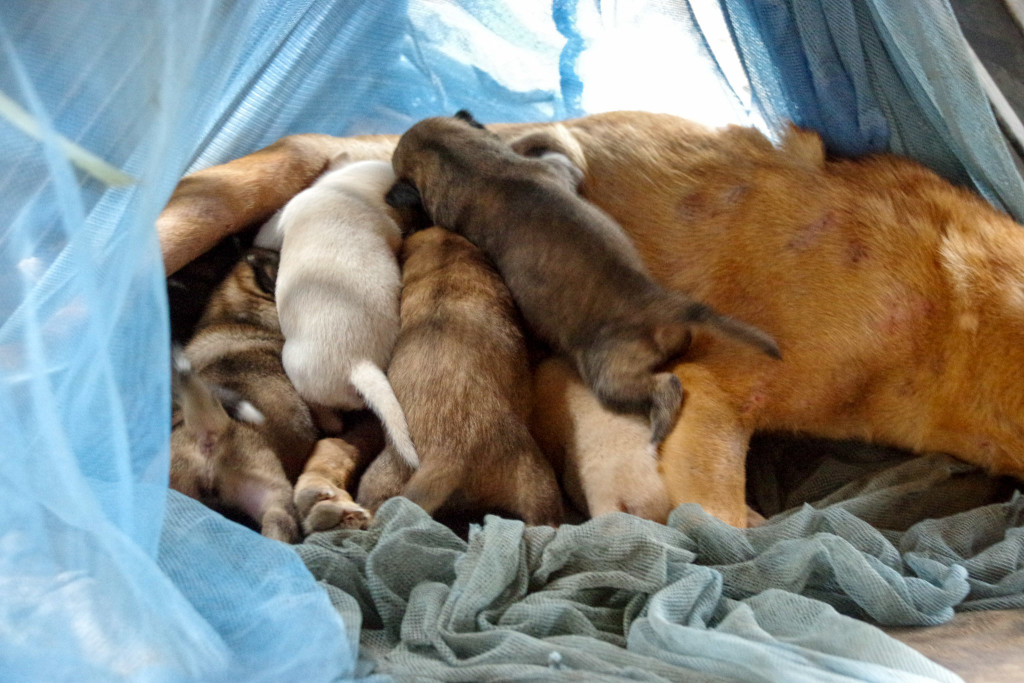 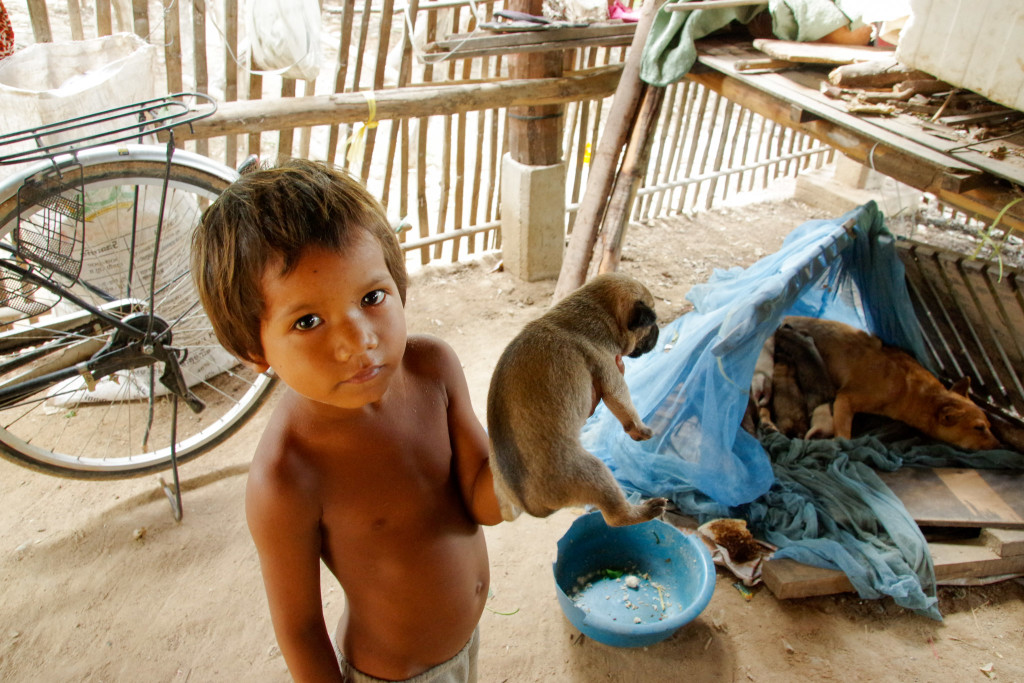 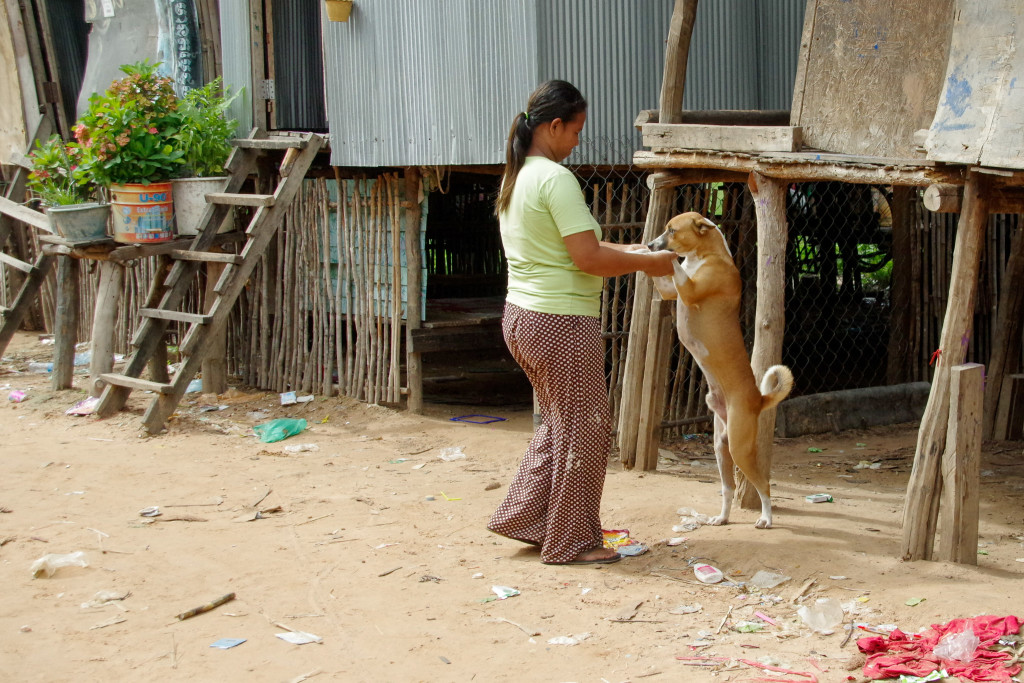 This next sequence of photos nearly broke my heart. Take note of the old woman, with the shaved head, indicating that she is a widow. 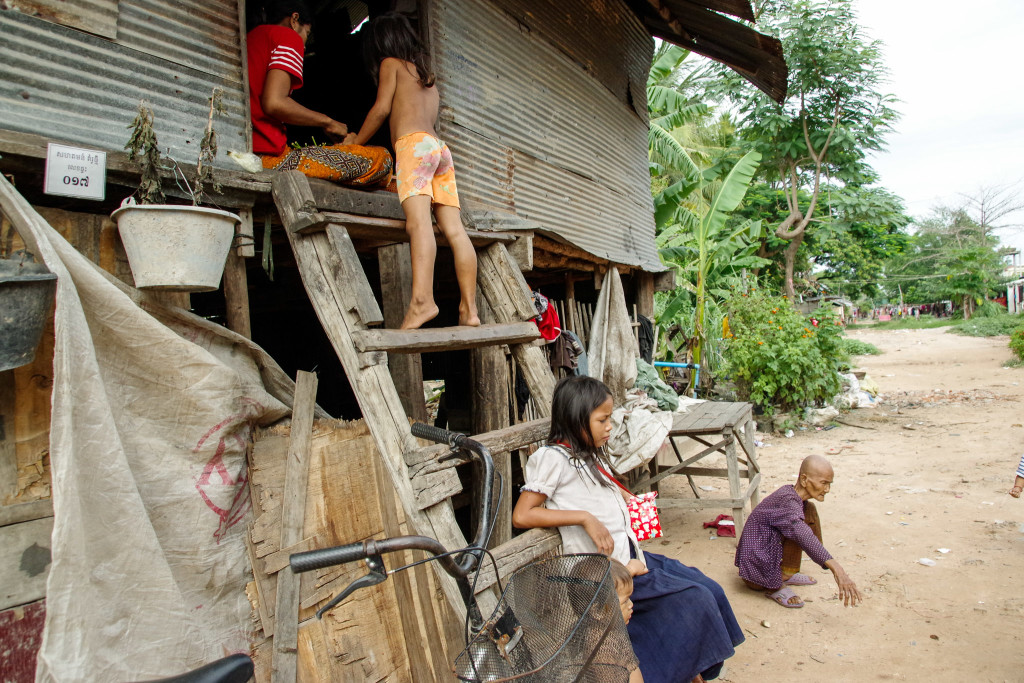 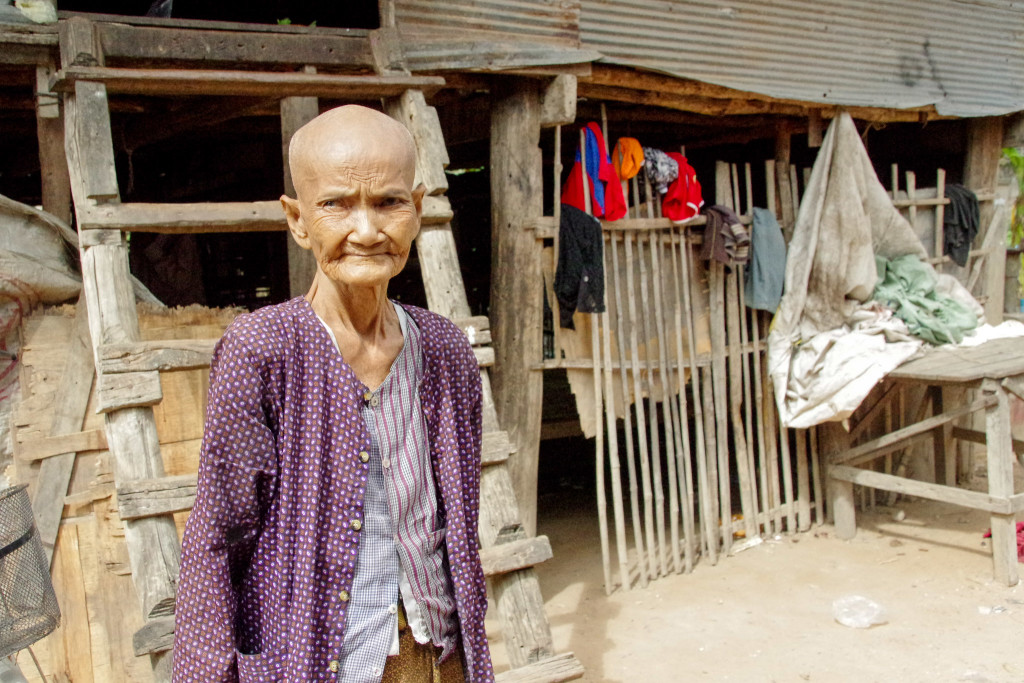 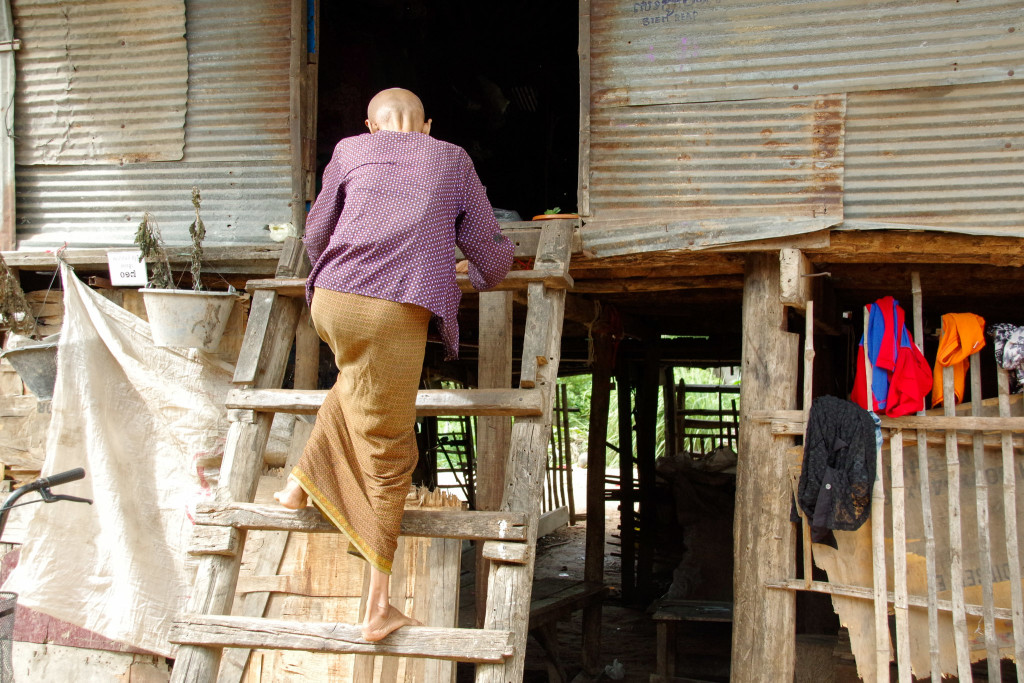 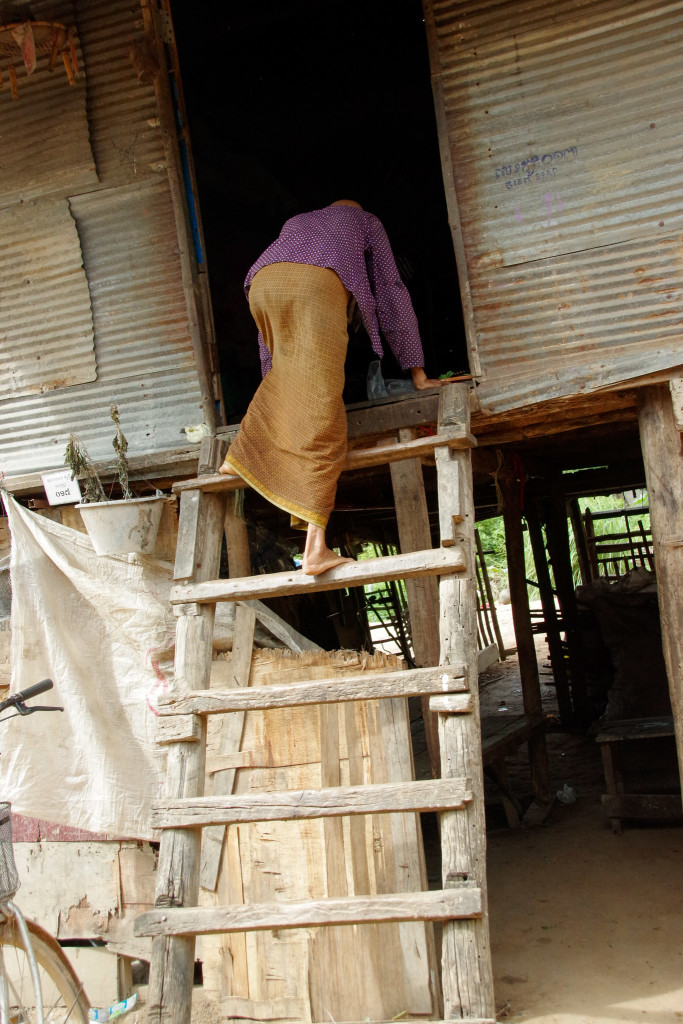 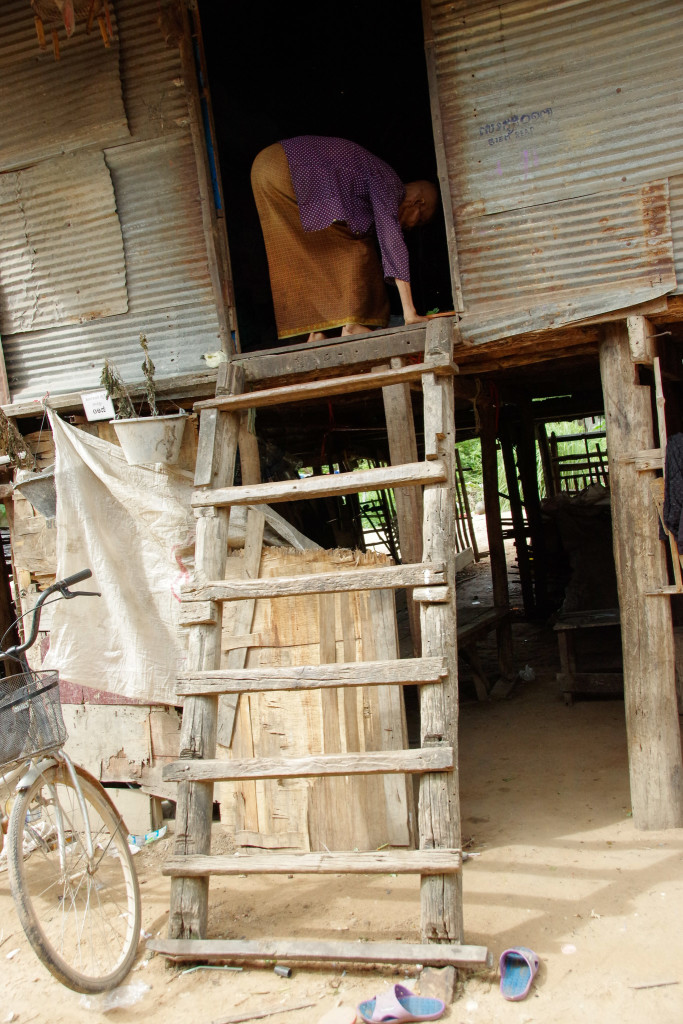 We were heartily invited into people’s homes, though few spoke any English. This first photo shows a woman who was crocheting a hat. Note the TV in her house. 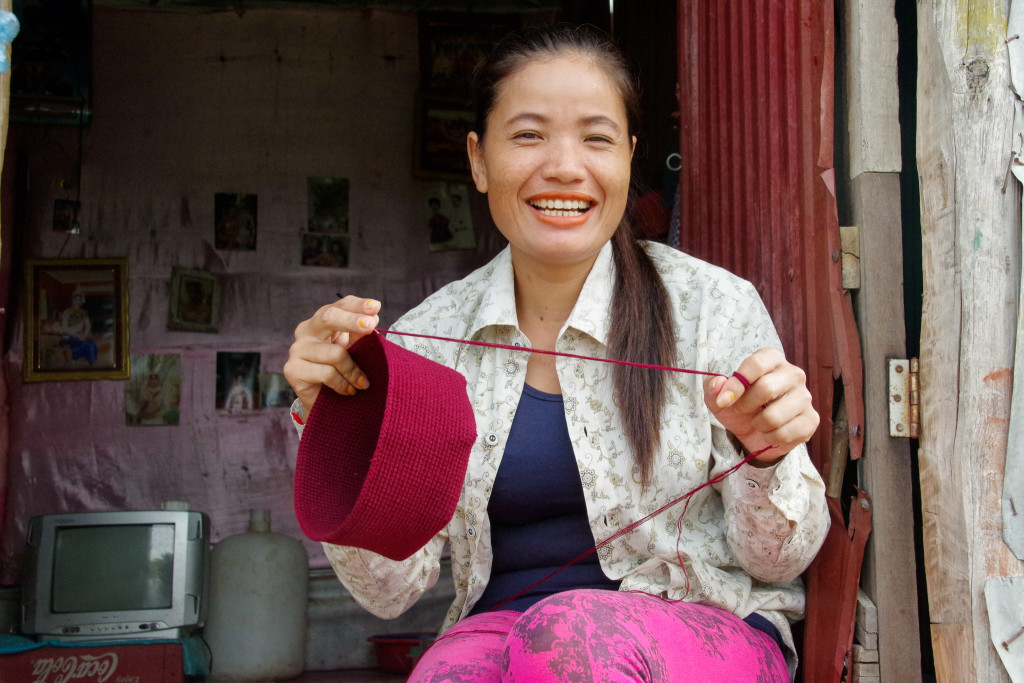 And another house with a TV. Yes, this village has electricity. 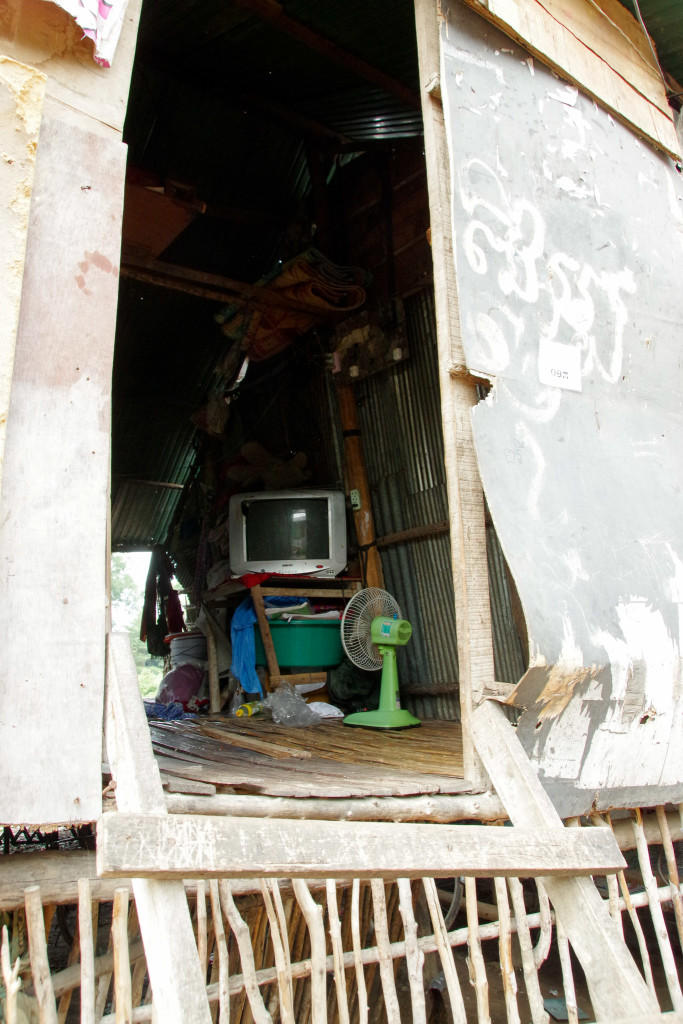 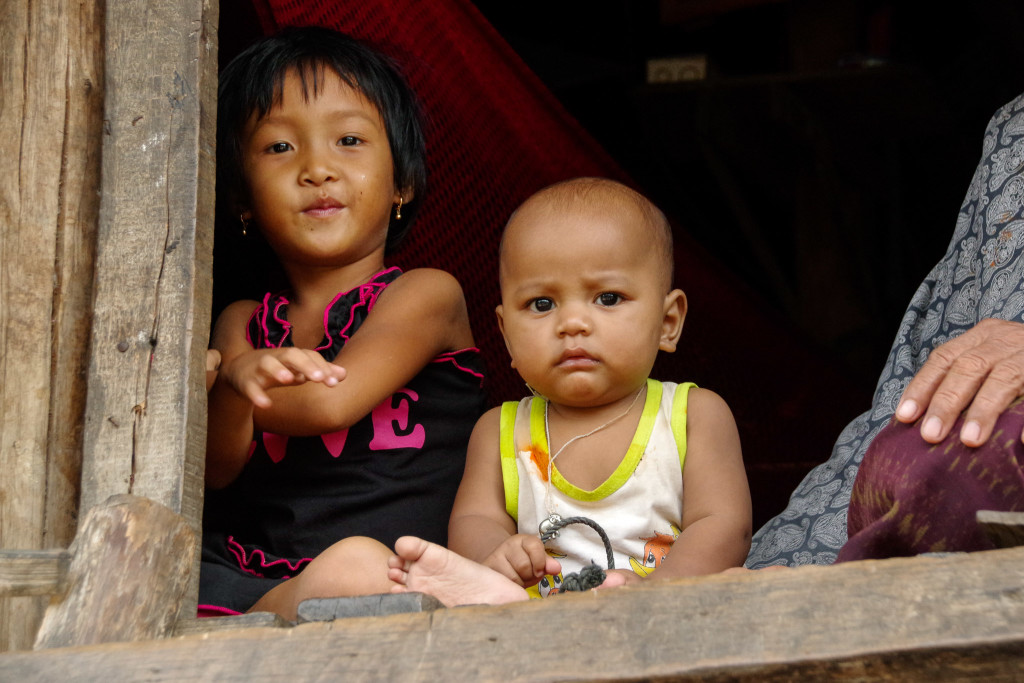 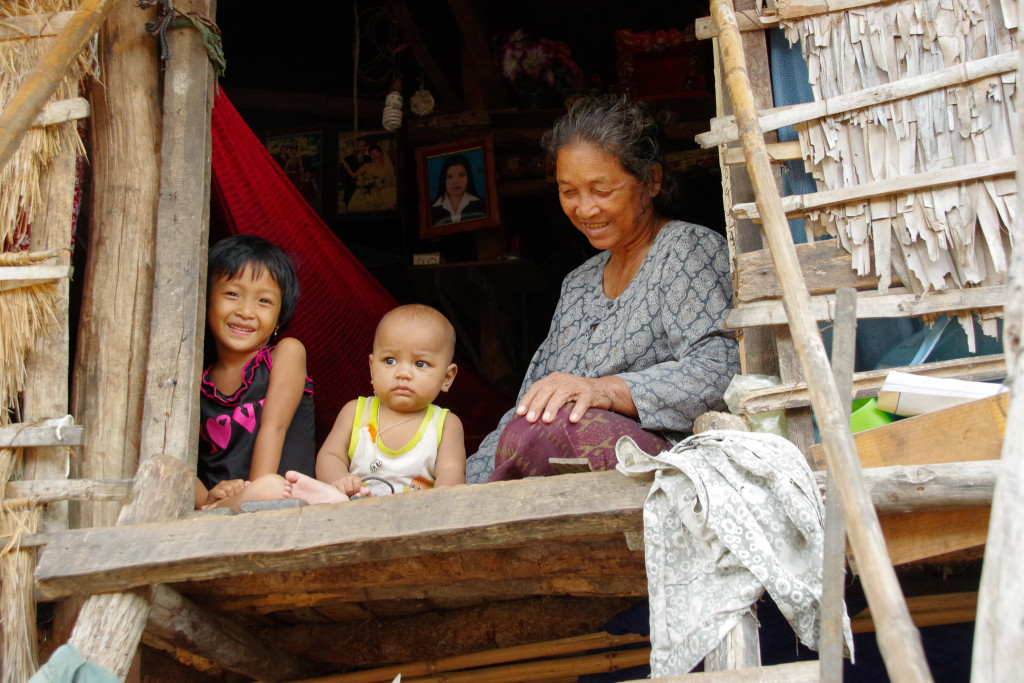 The girl writing is about nine. She seemed very bright and eager to be part of whatever was going on. She had already taken lots of responsibility for caring for her younger siblings. And, it seems that she will probably have another sibling soon. 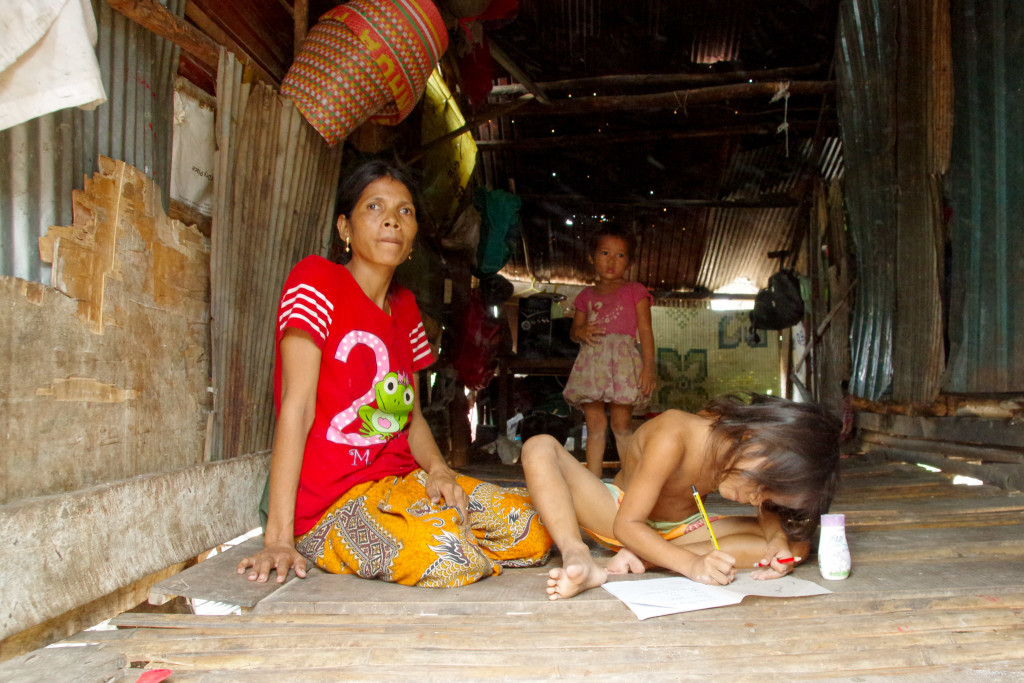 This mom and grandmother were looking for lice in the young girl’s hair. 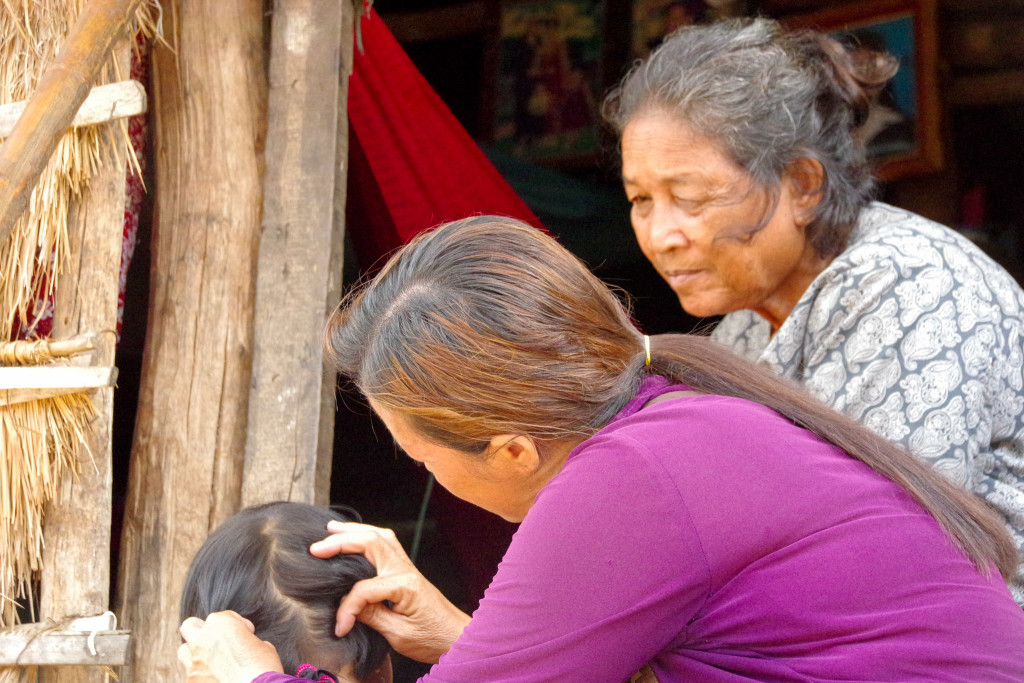 Again the ever present hammock. This guy did not wake up with I went in and took this photo. 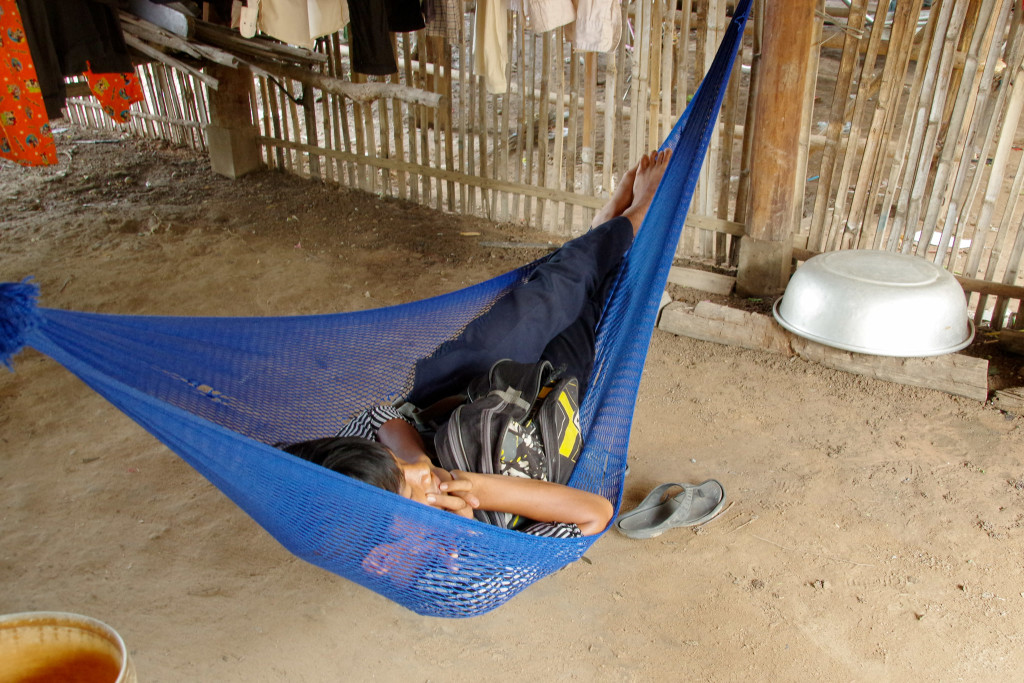 This is the water pump for the village. Just to the left of the photo is a water filtration system. The idea is that after pumping the water, it should be poured into the filtration system to be cleaned. Much of the illness in Cambodia, especially in children, comes from contaminated water. However, we did not see anyone filtering the water. In fact, in one photo you can see our interpreter helping a village woman carry water to her house. And, the children had a good time playing in the bucket after water had been pumped. 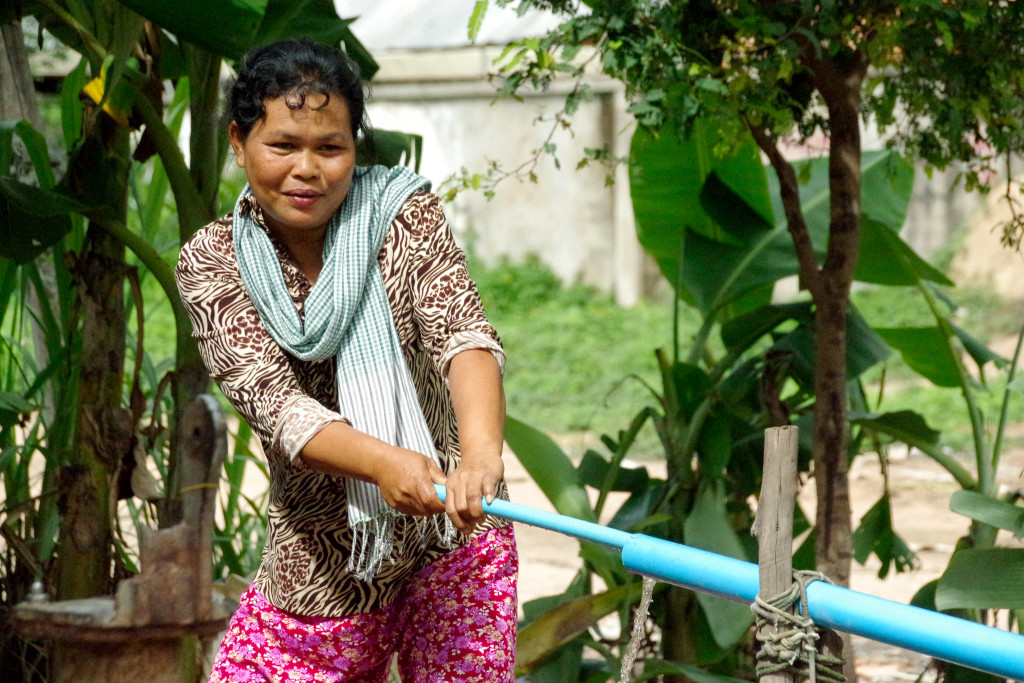 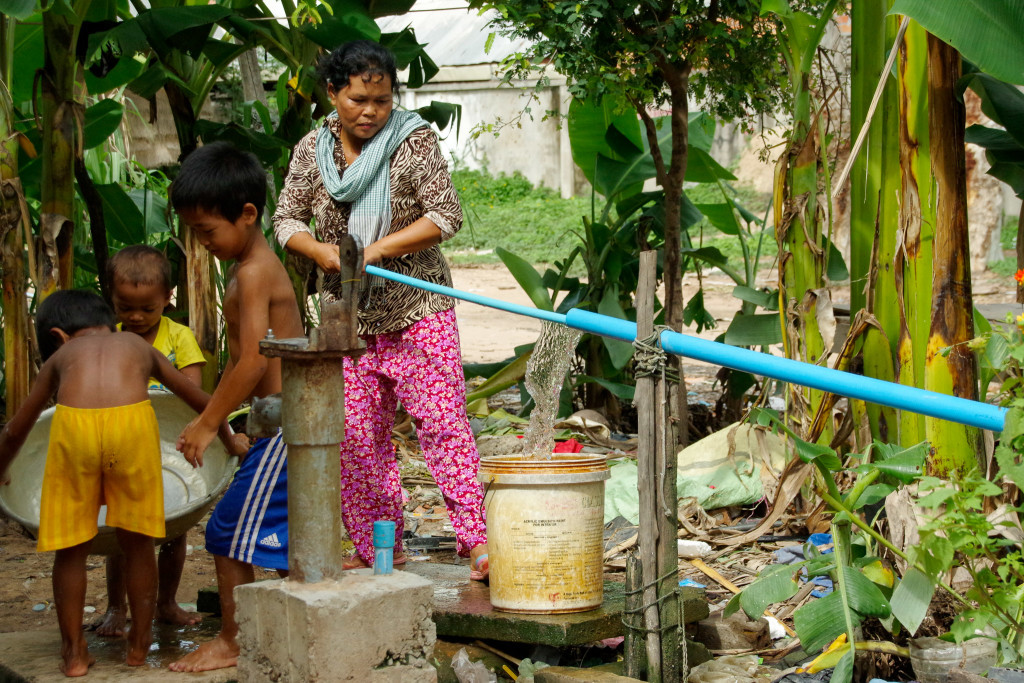 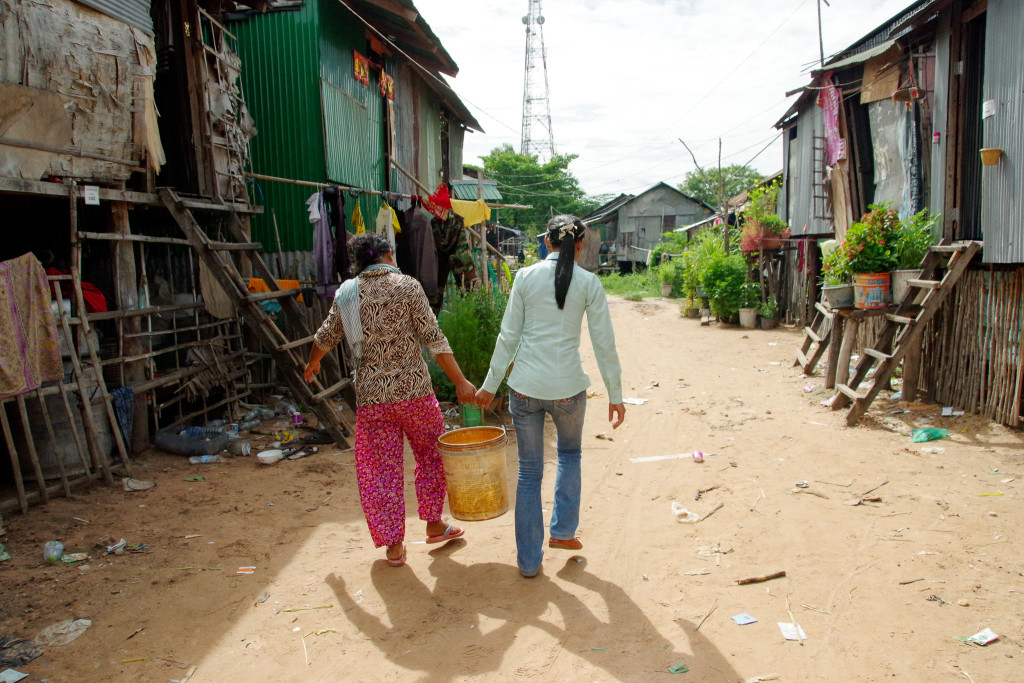 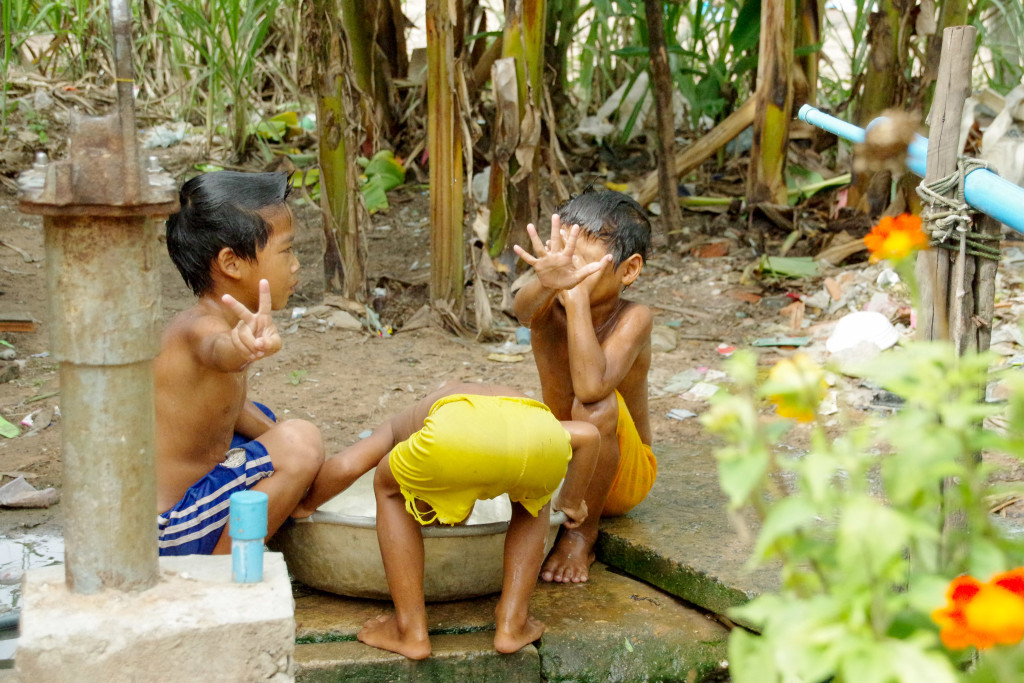 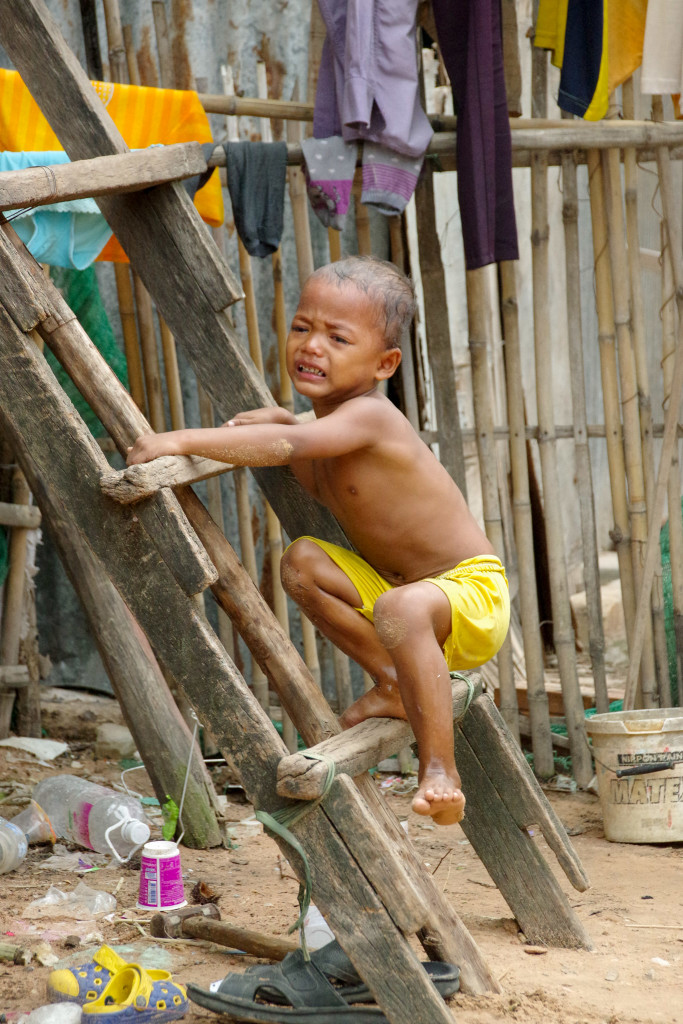 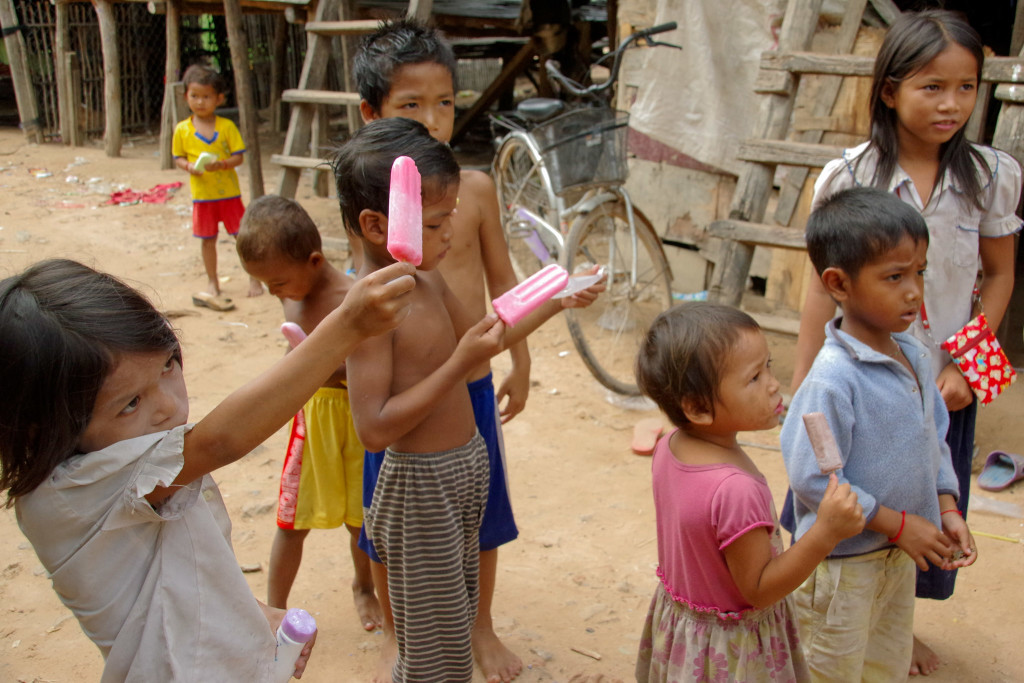 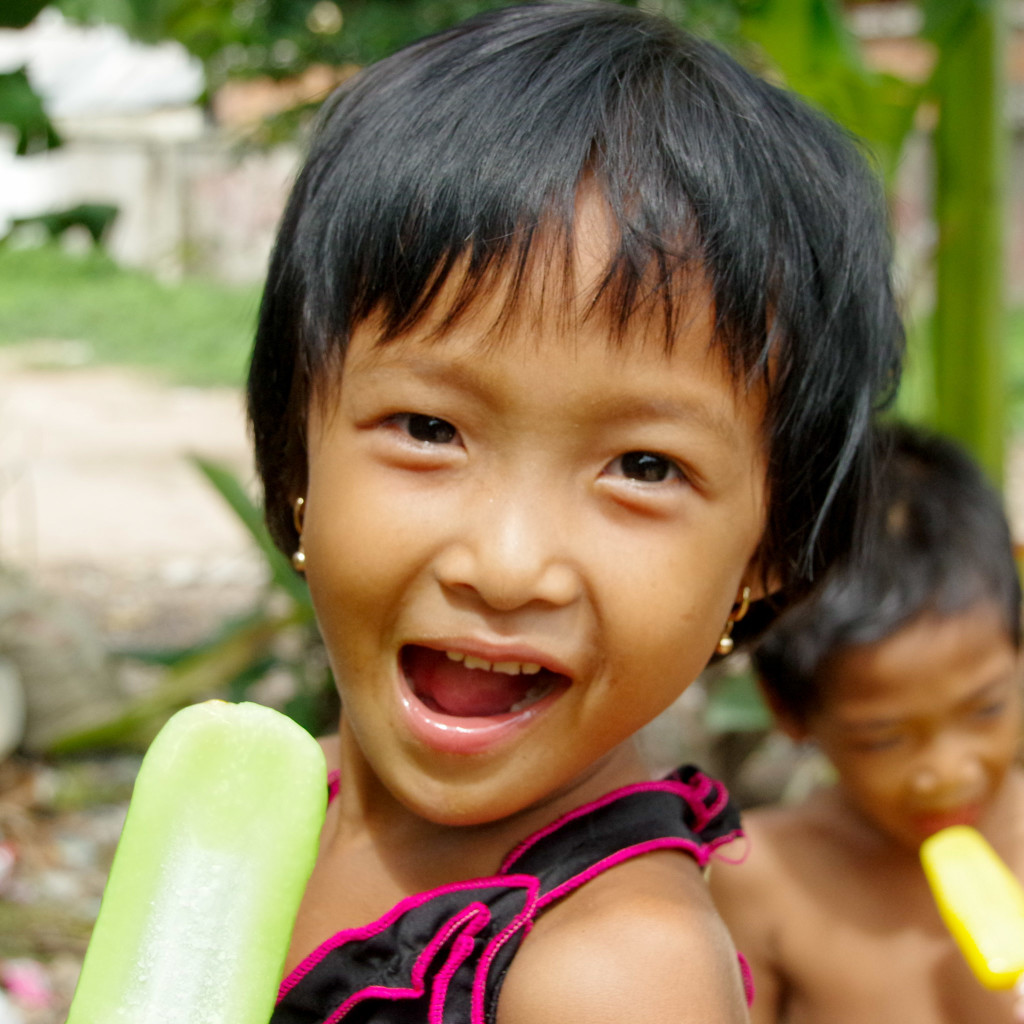 This child waved a special “good bye” to us. 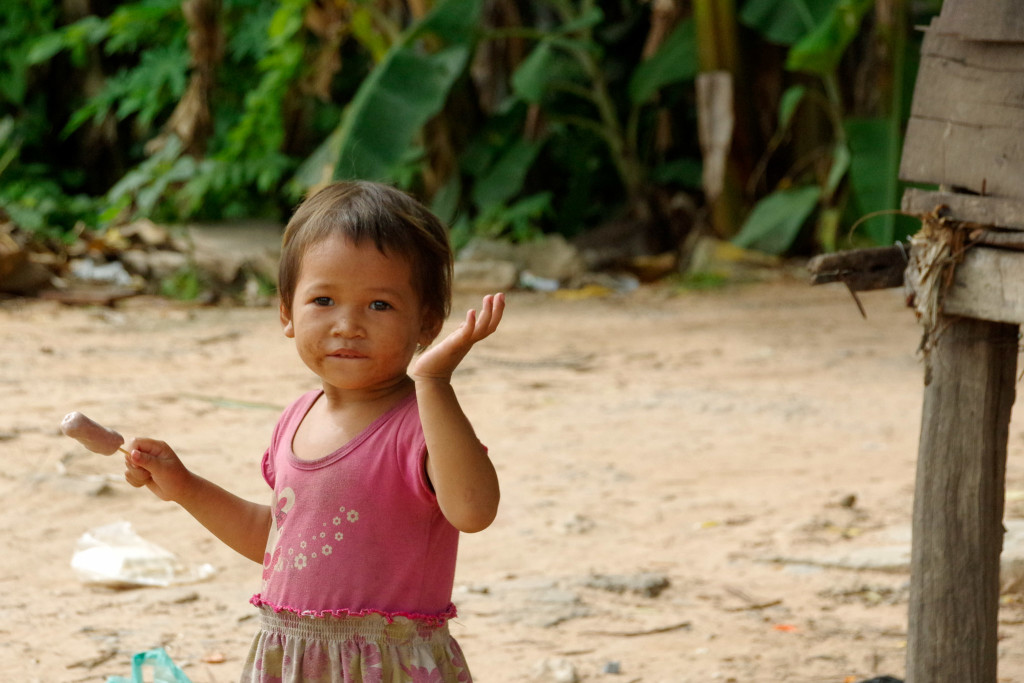