This abandoned railroad station has been taken over by “squatters.” The families seem to have been able to create “houses” from the station rooms. 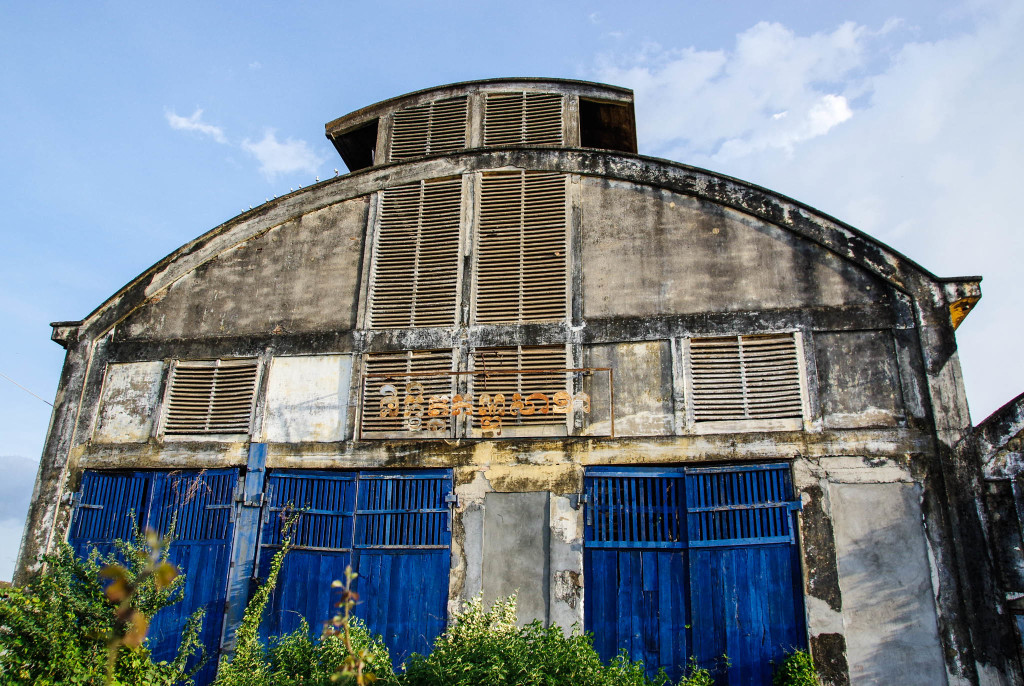 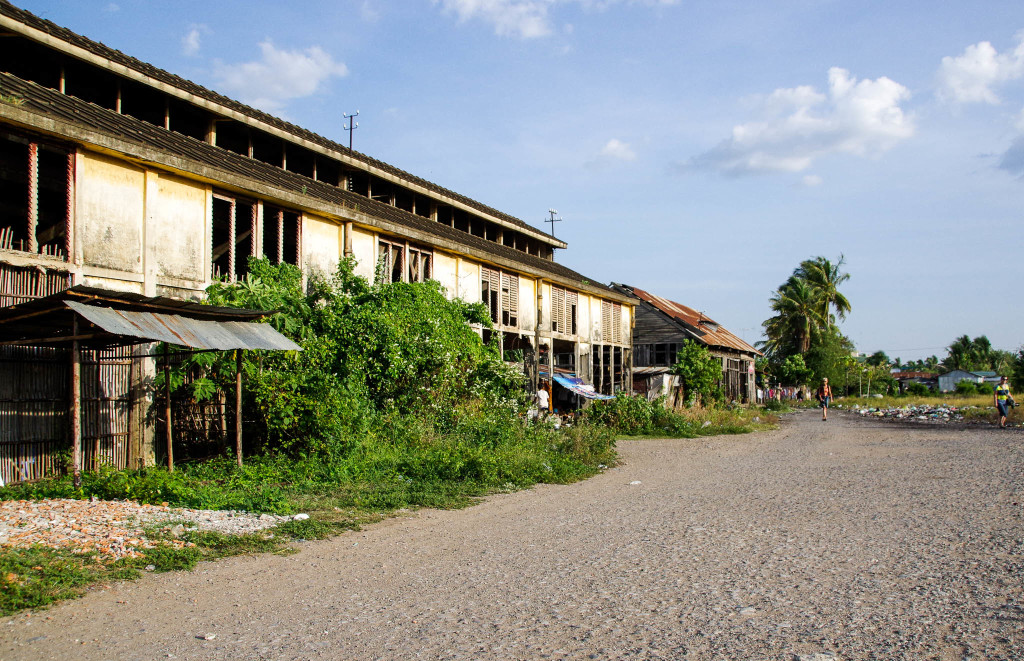 Here is one of the first houses or rooms just past the foliage on the left. These two girls love having their photos taken. The house seemed sparse but there was a bed to the right and perhaps you can see the TV toward the back just next to the mother. 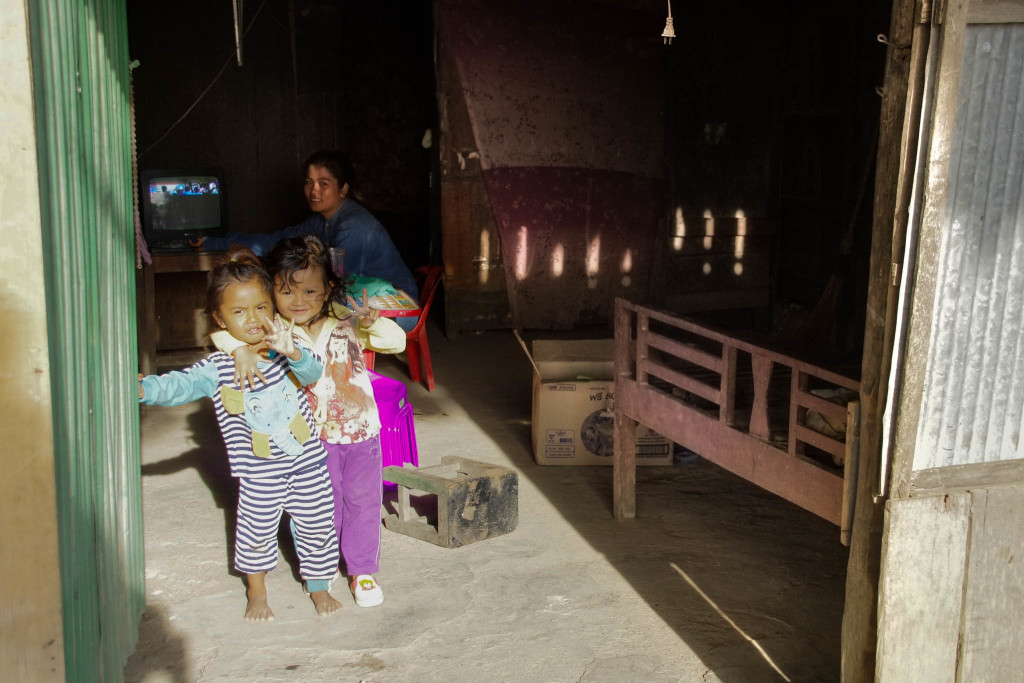 All the kids wanted to give the victory or peace sign in every photo so I thought I came up with a solution. As they do not speak English and I do not speak Khmer we had to use sign language. So, I to get them to put their hand on their hip instead of doing the two finger peace sign. It worked – sort of. The little girl did the hand on the  hip and just as I began to take the photo she did the peace sign with her other hand! I then tried the two hands under the chin pose. 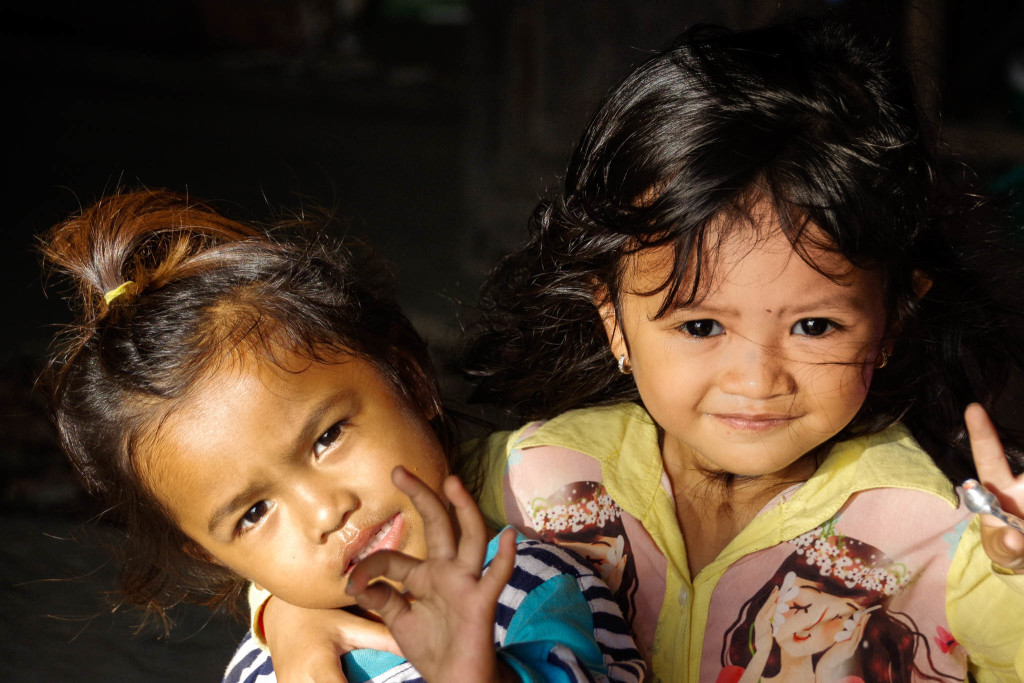 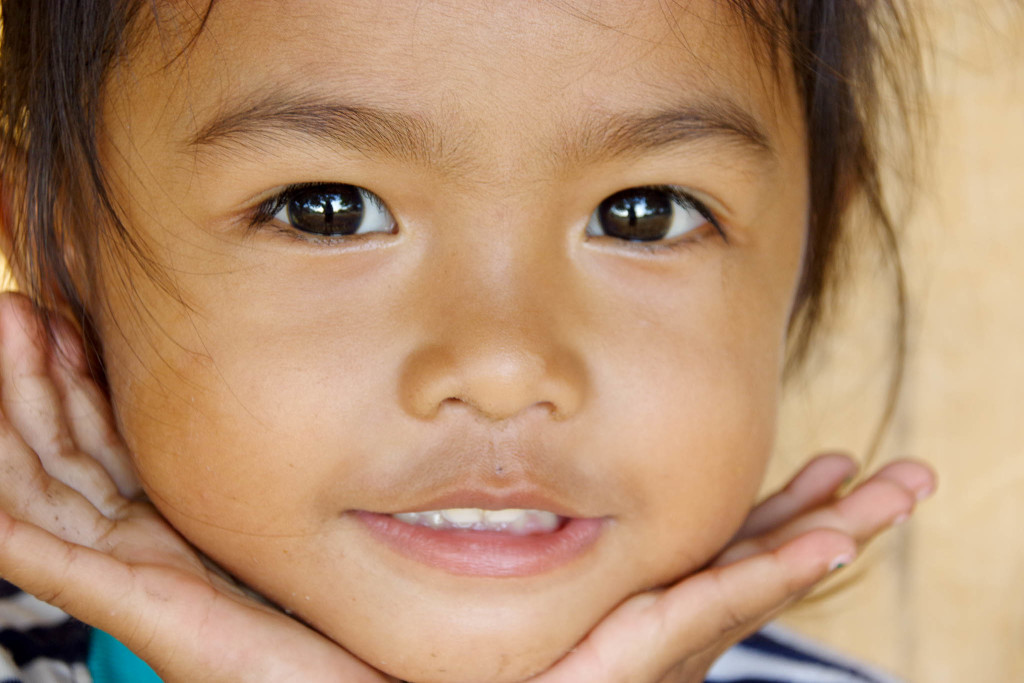 Not everyone looked really poor! We came across a guy who just got this new motorbike. 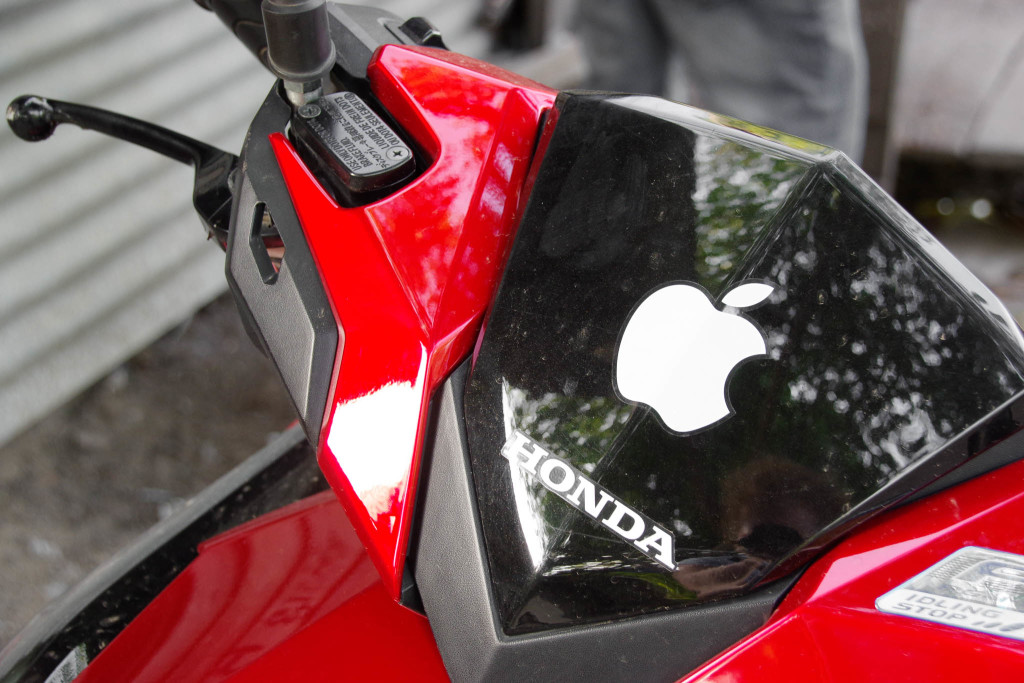 I was surprised and impressed to find this woman doing needle work using a “kit.” 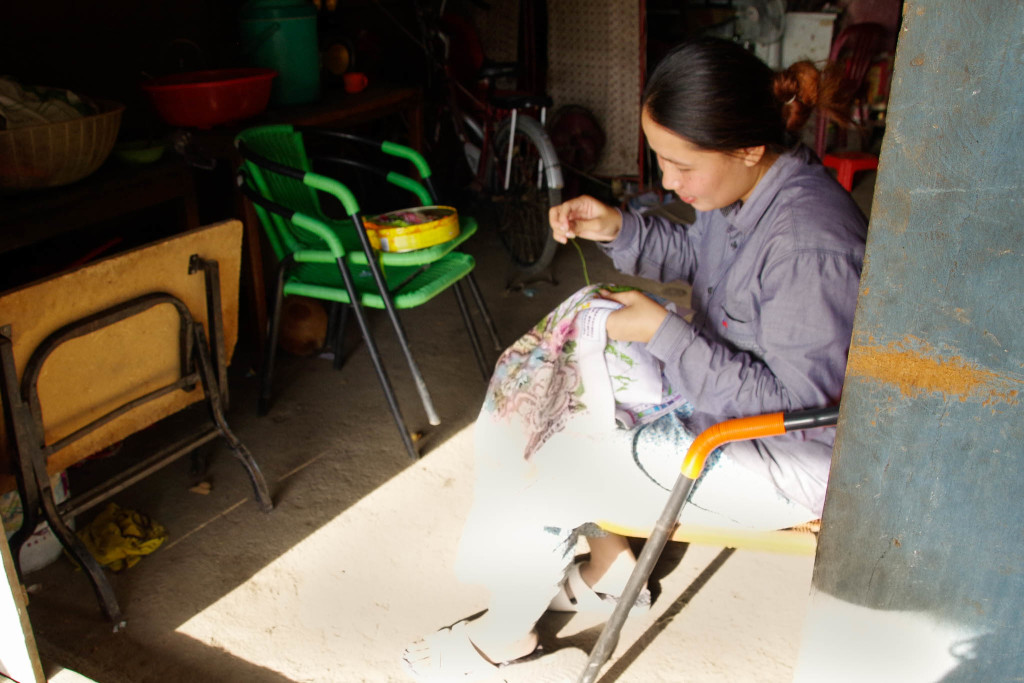 This woman was full of smiles, and I think full of  muscles. She was wielding that sharp knife/ax /hatchet and cutting lots of wood. 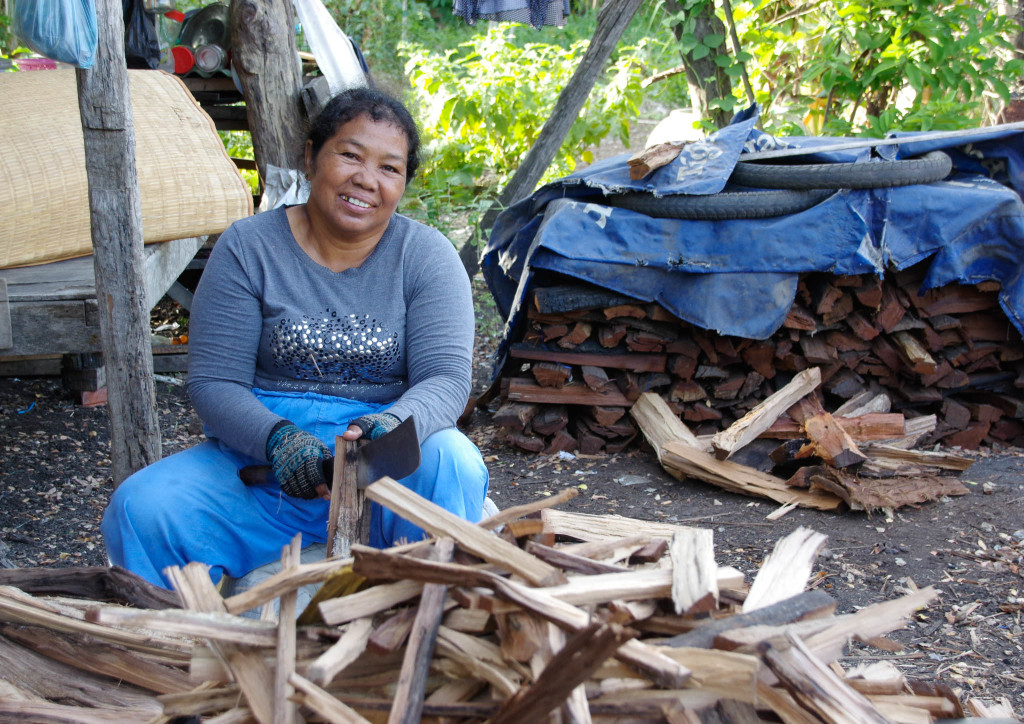 A few people have put together a small shop. 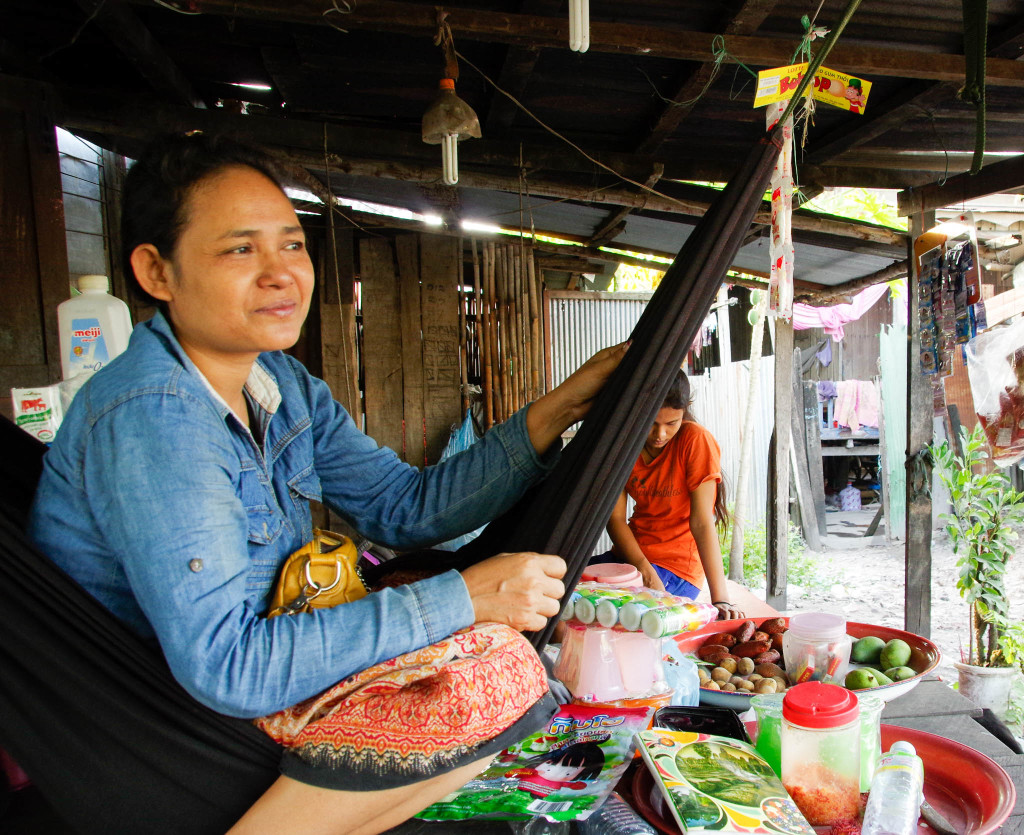 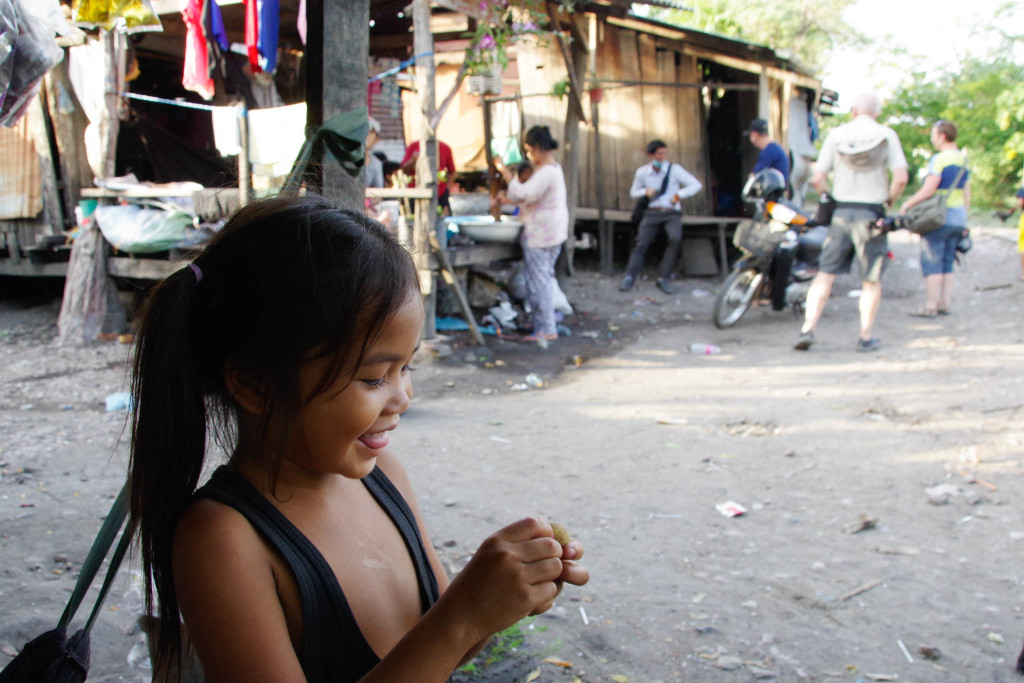 This guy was delighted to have his photo taken. 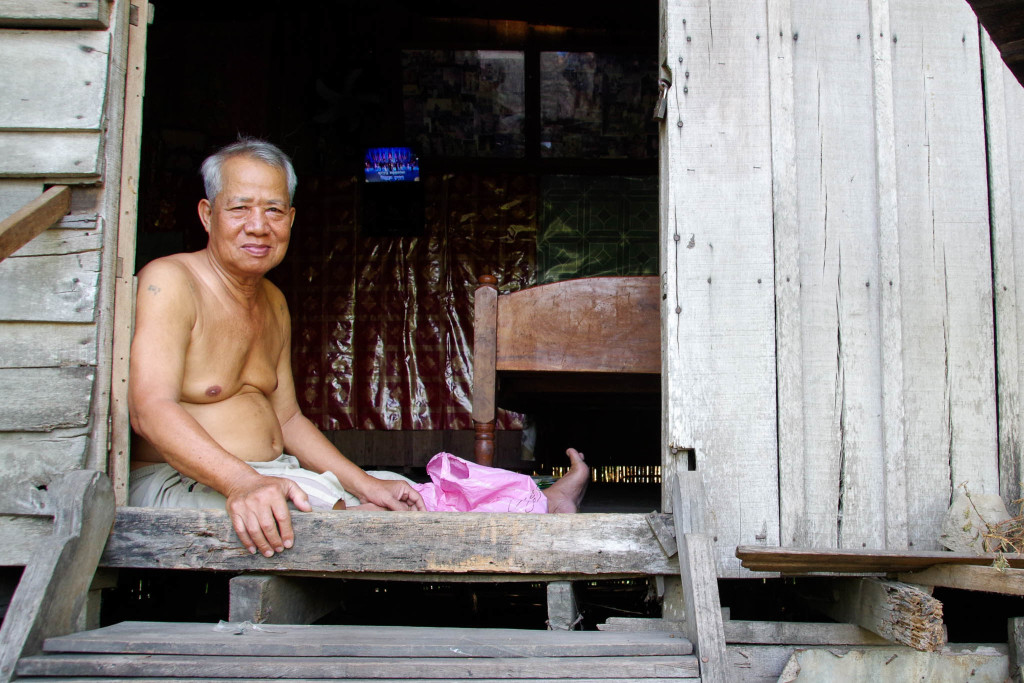